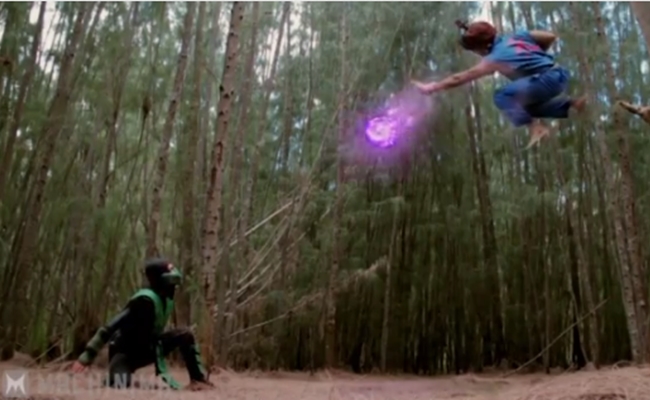 I know you’re all planning on cruising through downtown Los Angeles during the week of December 4th, but just in case you need another reason to make the trip, Machinima has you covered. The titanic gaming network is hosting the first ever Machinima Interactive Film Festival (MIFF), a nine day celebration of gaming and young male-centered content.

The MIFF is being presented in partnership with iam8bit, a gaming art collective turned production studio. iam8bit will anchor the film festival from their Los Angeles studios, where guests are invited to come check out the participating videos. You can RSVP for the offline exhibit here.

Meanwhile, Machinima will head up the festival’s online coverage, which has its own website. For now, that site redirects traffic to the festival’s official dubstep-infused trailer, but once the festival begins, it will be the home of all MIFF content; users will be able to vote on their favorites by tweeting with the #MIFF hashtag.

Machinima previously called for submissions to the festival, and by the sound of it they got a warm response. Several top YouTube gaming channels (including Kootra) will participate, but the MIFF is hardly limited to the video game sphere. The gamers will be joined by sketch comedy channels such as Zoochosis and Reckless Tortuga as well as a few huge networks; Mondo Media and Nerdist will both participate in the festival, showcasing Machinima’s ability to expand its content beyond a singular focus.

And then, of course, there are the prizes. Voters are entered to win HP workstations and Adobe Cloud memberships. GIMME FREE STUFF.

The MIFF is a clear exhibition of Machinima’s place as one of YouTube’s three strongest networks. “YouTube has exploded with talent over the last few years and Machinima has been fortunate enough to be right there with it, forging new paths and being a part of the birth of a new interactive media experience,” said Machinima CEO Allen Debevoise. “Our audience is some of the most engaged and influential minds out there, and we’re excited to present them with a whole new way of experiencing and interacting with content.”

In other words, this festival is going to be uber.