Epic Meal Time Gets Charitable With A ‘Thanksgiving Care Package’ 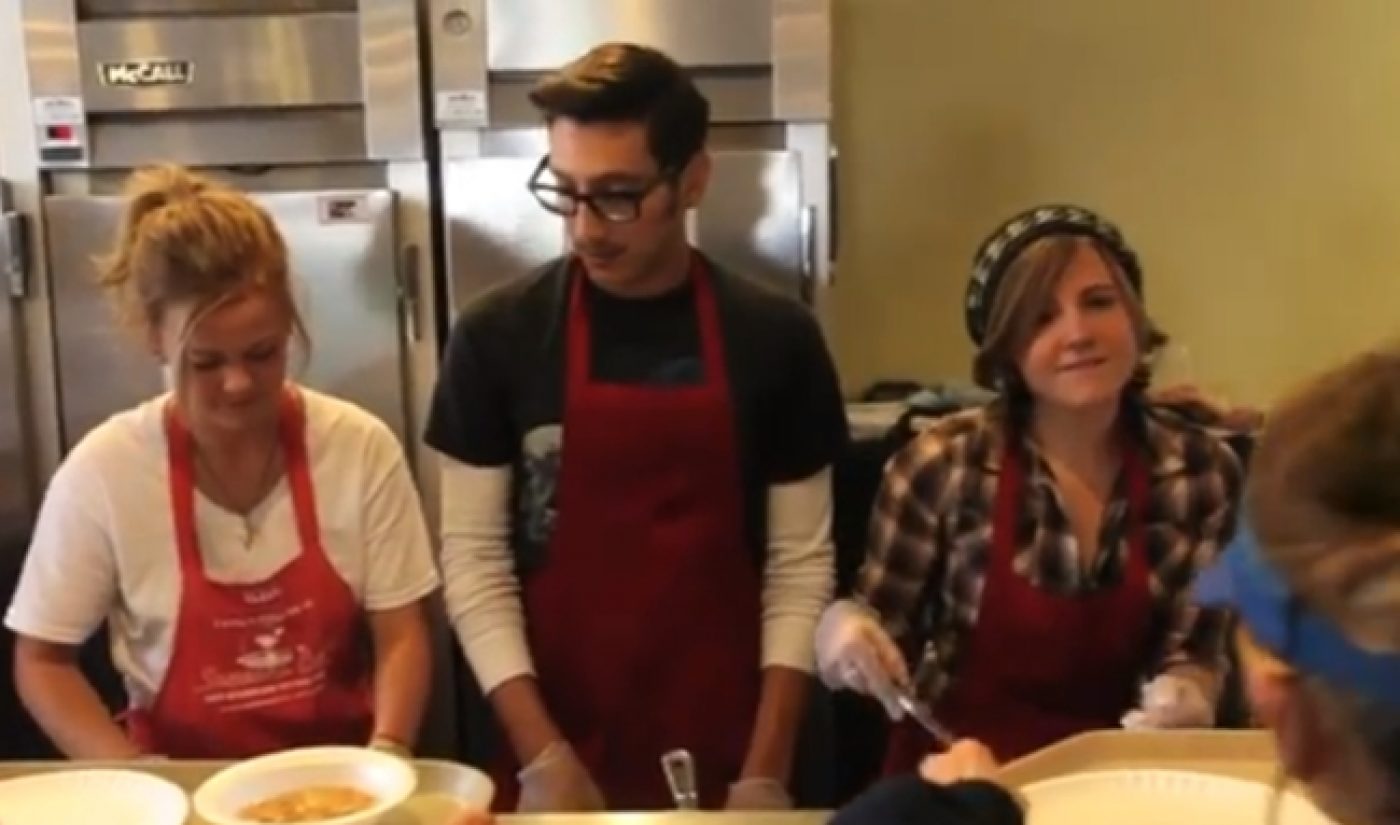 Though I have never asked them, I would assume that Thanksgiving is Epic Meal Time‘s favorite holiday. In addition to Turkey Day being ultimate holiday for gorging oneself into oblivion, it was also the inspiration for one of Epic Meal Time‘s first great episodes: the legendary Turbacon.

Harley and the rest of the gang followed up that effort with 2011’s Turbaconepicentipede, but this year they’re taking things in a more humanitarian direction. With the help of several YouTube stars, the Epic Meal Time team has created a Thanksgiving feast for the needy, creating a ‘fast food lasagna‘ that they served out at local food kitchen.

Four special guests help make this meal time one of the most epic ones ever. African chef Farid Zadi starts us off with a bonus Thanksgiving treat, stuffing a turkey only to stuff the turkey inside a pig. Zadi’s role is to teach us that, although Epic Meal Time‘s dinners look gluttonously delicious, they pale in comparison to an epic meal created by an actual trained chef.

During the lasagna preparation, we get to see guest contributions from KassemG, Jimmy Wong, and Hannah Hart, who seems to be everywhere these days. Of course, Harley did once insinuate (during an episode of All-Star Celebrity Bowling) that he and Harto were once romantically linked. Was he pulling our chain? Probably, yeah. But the more places Hannah Hart shows up, the better.

The Epic Meal Time guys are currently working on a new series, Epic Chef. That endeavor will launch in mid-December, so we’ll be sure to keep you posted. Hopefully, by then, you’ll all be out of your Thanksgiving meat comas.