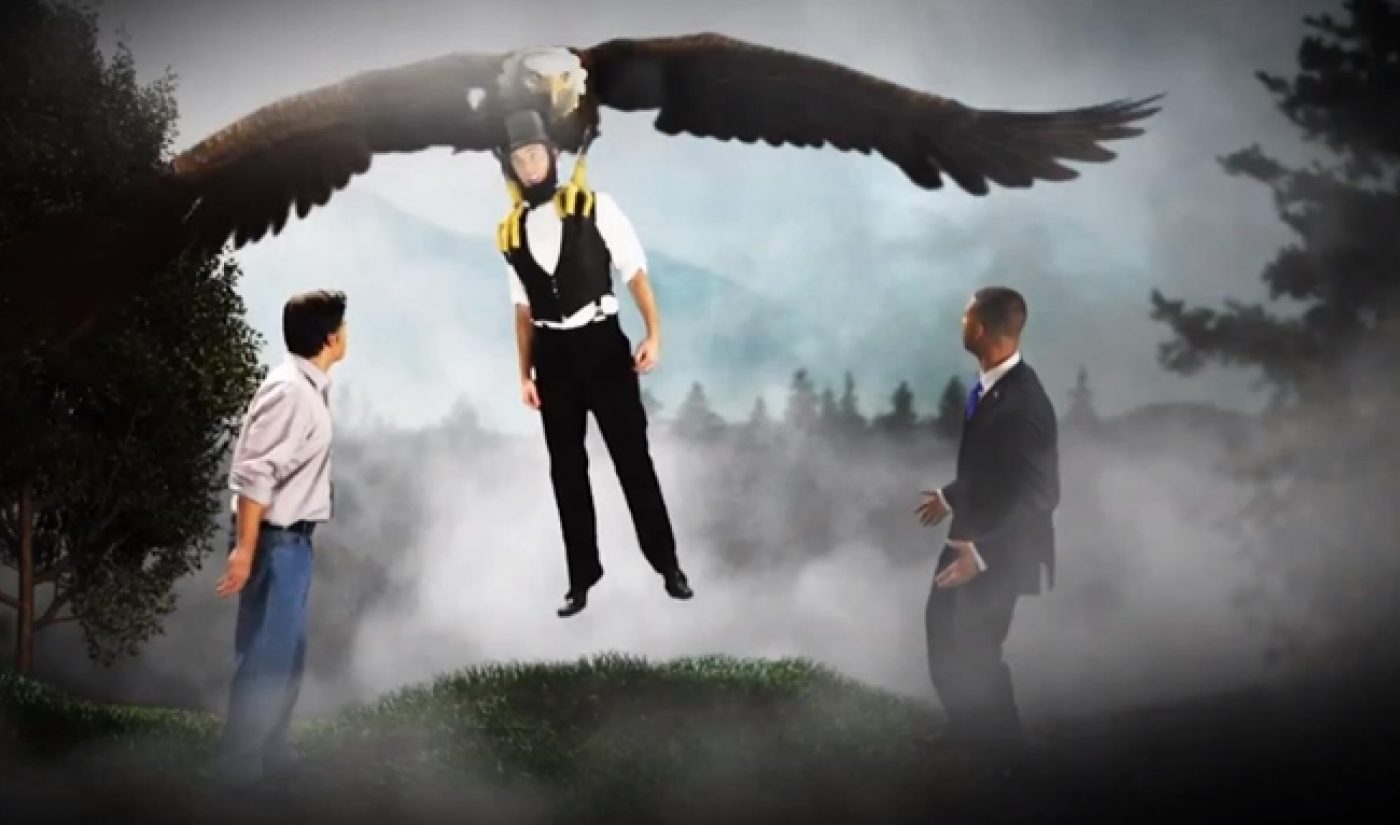 Epic Rap Battles of History averages 20 million views per episode, but the channel’s reach isn’t limited to YouTube. Audio tracks for all of the battles are available on Spotify, and Nicepeter and EpicLLOYD‘s Presidential showdown was so popular that it became one of the streaming service’s most shared tracks during election week.

According to the Washington Post, the Obama/Romney battle was the 5th most shared song in the United States during the week ending on November 11, joining rappers Jay-Z, Young Jeezy, and Ludacris in the top ten. If you don’t want to be misled, keep in mind that this formula is calculated by dividing shares by views, so songs are actually penalized for getting played a lot. This seems counter-intuitive  but the safe conclusion we can draw here is people who listened to ERB’s election parody wanted their friends to get in on the fun, too. Also, so long as we’re talking ERB, I guess it would be apt to share their latest battle for your viewing pleasure.

A similar list was compiled for the UK, and another web series found itself associated with the top spot. The most shared track was ‘In the End’ by the Black Veil Brides. The Brides’ lead singer, Andy Biersack, plays a supporting role in a Funny or Die web series created by his cousin, Joe Flanders. All in all, the online video industry has to be pleased with its double presence on Spotify’s list, no matter how strange the metric of choice may be.