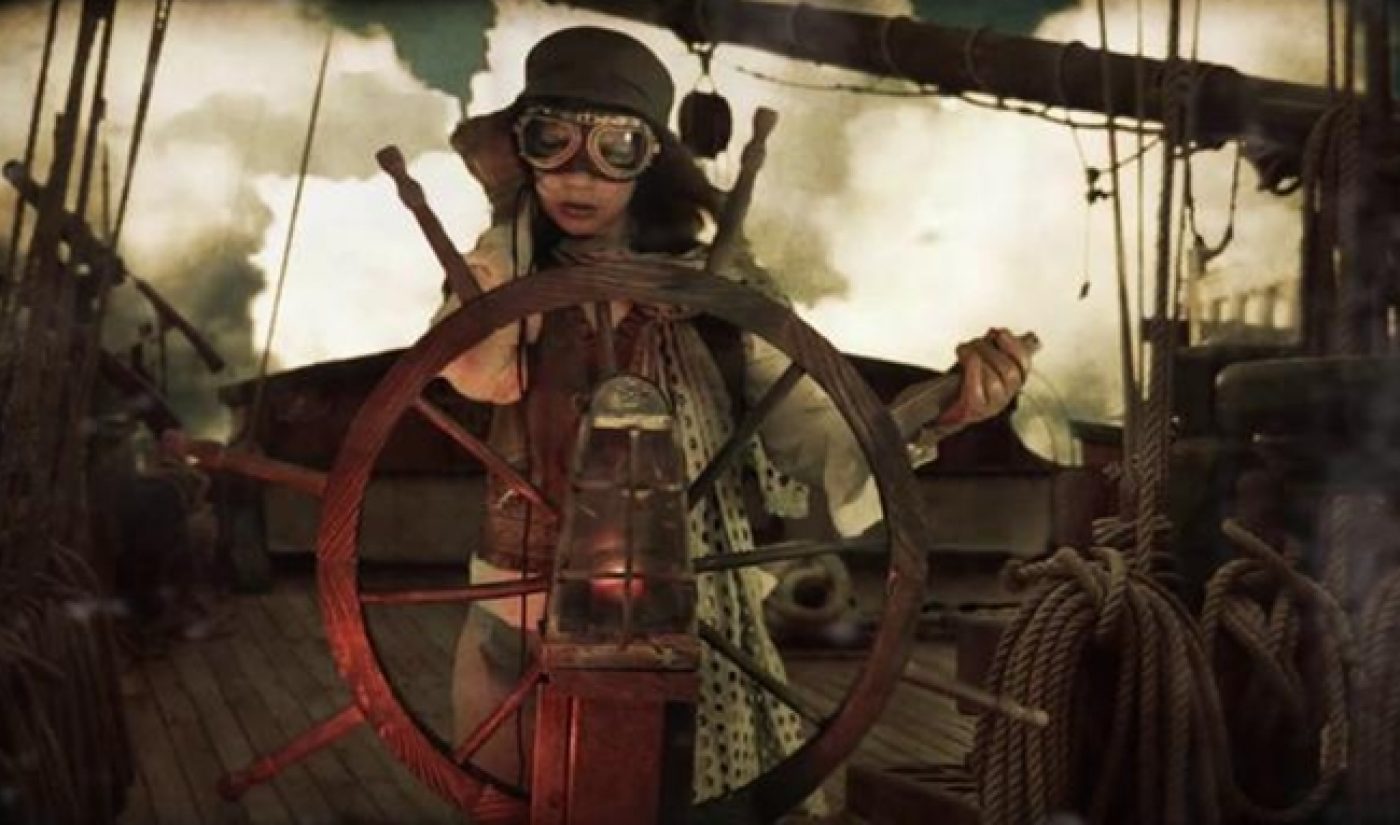 The online video world is no stranger to steampunk, with Syfy Digital’s Riese being the most high-profile example of the genre. A new web series, however, is starting to pick up steam (pun absolutely intended). Creator James Bragado‘s Dirigible Days combines the most basic elements of steampunk fiction with the theme of frontier exploration. The result is a low-budget yet fairly engaging series in the mold of Joss Whedon’s beloved Firefly.

Dirigible Days features all the trappings of the steampunk genre, including a Victorian setting, several whimsical machines (including the titular dirigibles) and a whole world that seems to be creaking on its supports (a la Terry Gilliam’s steampunk masterpiece, Brazil). Bragado and director Gary Lobstein have done well to utilize every cent of the film’s budget, resulting in a product that looks good (and has especially well-done lighting). Dirigible Days‘ inventive setting helps take some of the pressure off of the acting, which is a definite weak point.

Dirigible Days’ creative team, Day 304 Films, seems like a collection of massive Browncoats, and it would actually shock me if they weren’t. The series draws a lot from Firefly, evidenced by, among other points, its colorful and narrative opening sequence, its focus on a ragtag ship’s crew, and its use of human cargo as a plot device. The majority of the first episode takes place in a rundown dive bar, and it features a one-episode plot that works around a larger plot arc. Sound familiar?

I want to stress that this is an favorable comparison; Firefly is one of the greatest TV series of all time, and any series that seeks to emulate it must feature strong writing and solid vision. By passing both of those tests, Dirigible Days becomes a worthy watch. Having Anthony Daniels (a.k.a C-3PO) provide the opening narration doesn’t hurt, either.

The series is being released very slowly (about an episode every four weeks), but a third episode was just completed, so now’s a good time to check out Dirigible Days and see if you like it. The series is slowly getting darker, so don’t be shocked if it morphs into a hissing, creaking, steampunk juggernaut over the next few episodes.