‘Battlestar Galactica: Blood and Chrome’ To Finally Debut On Machinima 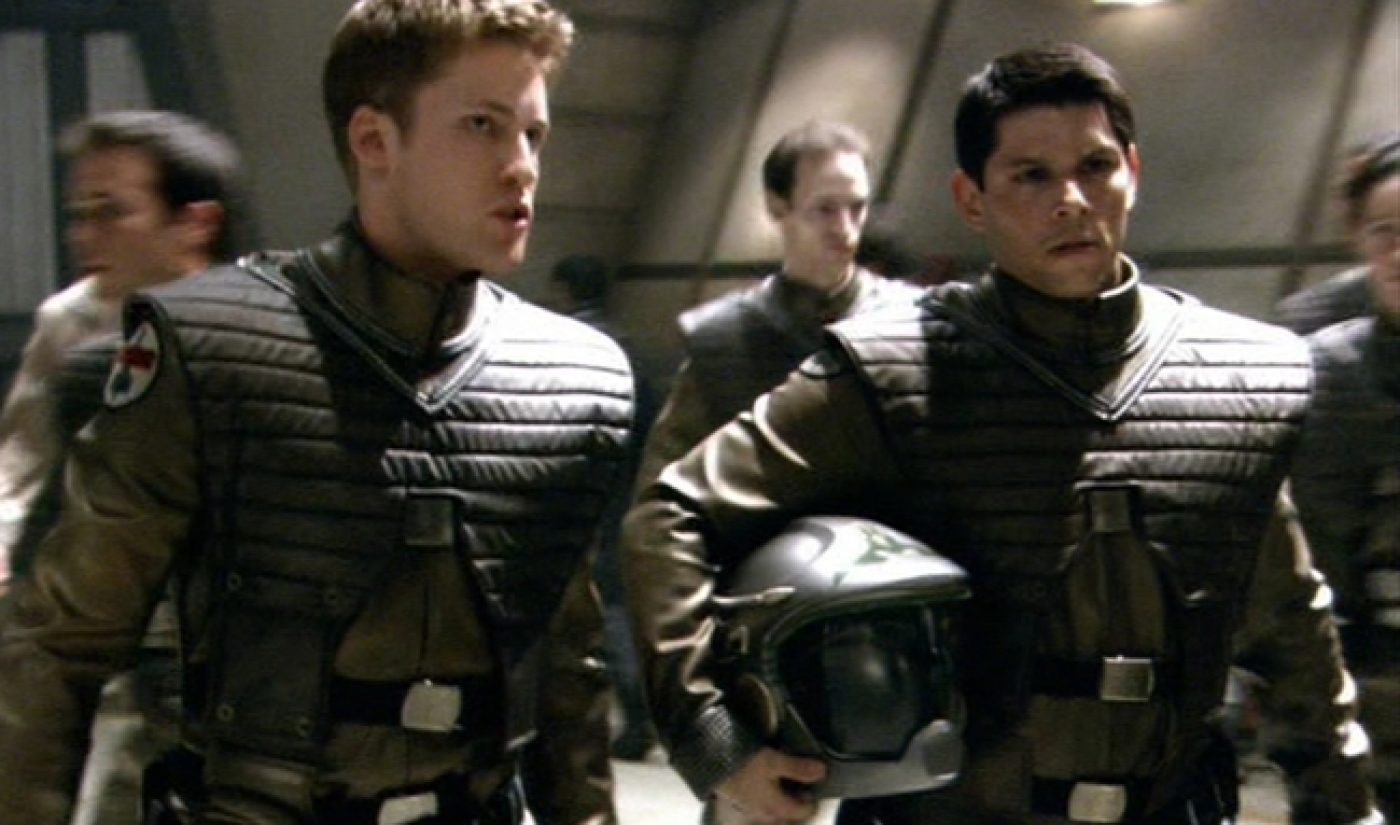 We recently speculated here at Tubefilter about the ways in which Machinima could fill the void create by the end of its successful Halo: Forward Unto Dawn series, which wrapped up last week on Machinima Prime. The popular channel recently gave us a partial answer: it will host Battlestar Galactica: Blood and Chrome, the long awaited Battlestar Galactica prequel web series. The first episode will debut on Machinima Prime on Friday, November 9.

Blood and Chrome has been continuously delayed as it has gone back and forth between a live TV and online release. It was initially set for online distribution by producer SyFy, who had previously produced another successful BSG web series (The Face of the Enemyf, penned by Husbands creator Jane Espenson). However, in late 2010, SyFy decided that they would instead air the series as a two hour movie on the SyFy TV channel.

Now, two years later, a definitive conclusion has been reached. The series will first air on Machinima Prime; early next year, it will premiere as a two-hour TV movie on SyFy, giving it a presence in both online and offline media.

Blood and Chrome stars Luke Pasqualino (Skins) as a young version of William Adama, the character who later becomes the commander of the Galactica and serves as the main character of the critically-acclaimed BSG series that aired on SyFy from 2004-9. Blood and Chrome chronicles the Adama’s adventures as a pilot during the First Cylon War. The series is chock full of the sort of high production values and polished special effects that make SyFy’s digital productions stand out from most other sci-fi web series.

The entire series will be released over a four week stretch in November, with ten total episodes (each episode is around ten minutes long). When the series is shown on SyFy, it will be as one feature length installment, which will later be released as a DVD (Though it will skip TV, Forward Unto Dawn will also be released as a DVD later this year). Given the quality we’ve seen from SyFy’s previous online releases, this long-awaited entry is certainly worth checking out.