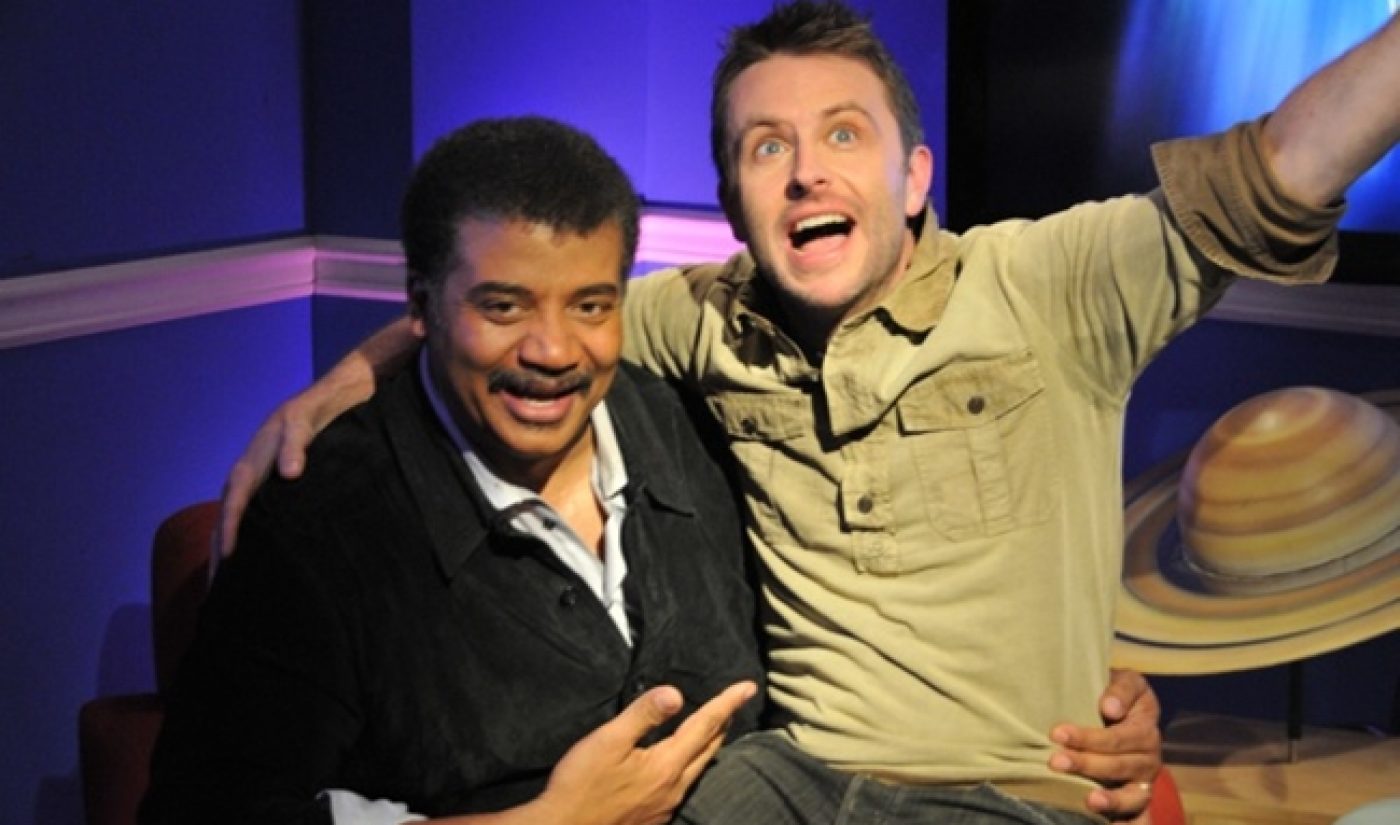 Neil Degrasse Tyson, the Director of the Hayden Planetarium at the American Museum of Natural History in New York, is a cult hero on the internet. With his sonorous voice, kickass rebuttal to Bill O’Reilly, and trademark curiosity, Tyson has created a whole new generation of stargazers, and that’s before we even discuss his Reddit appearances.

For 3 years, Tyson has been the host of Star Talk, an online radio show dedicated to exploring science and space. The show investigates how science has impacted the lives of some of the most popular artists and tastemakers in the world.

Guests on Star Talk range from Tyson’s colleagues to TV stars such as Bill Maher. Now, Star Talk has gained a video deal as well. The Nerdist Channel will offer up a video companion for each episode of the radio show. Check out the trailer, which includes a number of past guests, including GZA, Wil Wheaton, Sarah Silverman, and Jim Gaffigan.

Nerdist has been quick to point out that the radio version of Star Talk isn’t going away any time soon; it will continue to be available alongside the web series.

Given Tyson’s super-nerd persona, you’d expect him to be a woeful radio host, but his show is absolutely delightful, and Tyson has enough personality to work up a nice give and take with his guests. The first episode of Star Talk will debut on November 1st, so be sure to hop over to Nerdist to check it out then. Tyson’s fans already know what a joy he is, and new viewers will be hooked once they hear his deep voice. Ooh, I could listen to him describe the early universe all day.