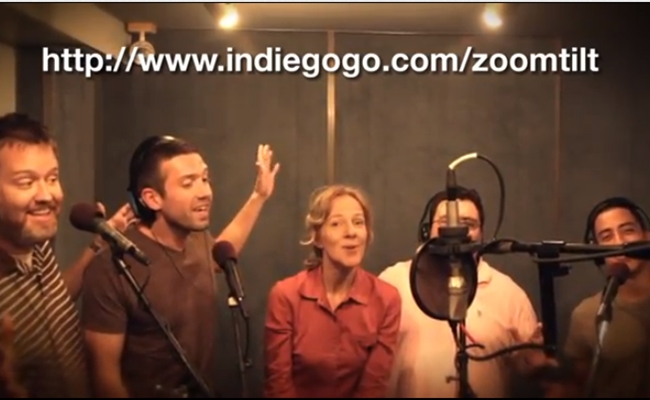 Boston-based ZoomTilt feels that there is room for one more online video marketing company in the endless sea of startups. They’ve worked hard to get the work of several talented creators recognized with a homegrown blend of visibility options. Now, ZoomTilt is looking to expand its offerings through The TV Reset Project, a talent search that will ultimately turn one lucky winner’s creation into a full web series season.

ZoomTilt has announced the twelve semifinalists for the project, whittling down a list of thousands in order to isolate the creators who deserve special mention. Each semifinalist has already produced a pilot, but they will now rework those pilots with the help of some notable names in the online TV industry (including John Cabrera, one of the writers of H+). This will help determine the five finalists, who will have their pilots posted to YouTube. The one that receives the best reception from the viewing public will be green lit for a full season on ZoomTilt’s YouTube channel.

“It has been really inspiring to see so many high-quality scripts for our first web series competition” said Anna Callahan, co-founder of ZoomTilt, “It shows that filmmakers get it — digital entertainment can give you recognition without the years of waiting in the film festival circuit or the years of schmoozing in Hollywood,”

The list of semifinalists is below, so feel free to peruse the work of these indie creators at your own leisure.

Alex Michaels, I DARE YOU TO KILL HER, Genre: Thriller