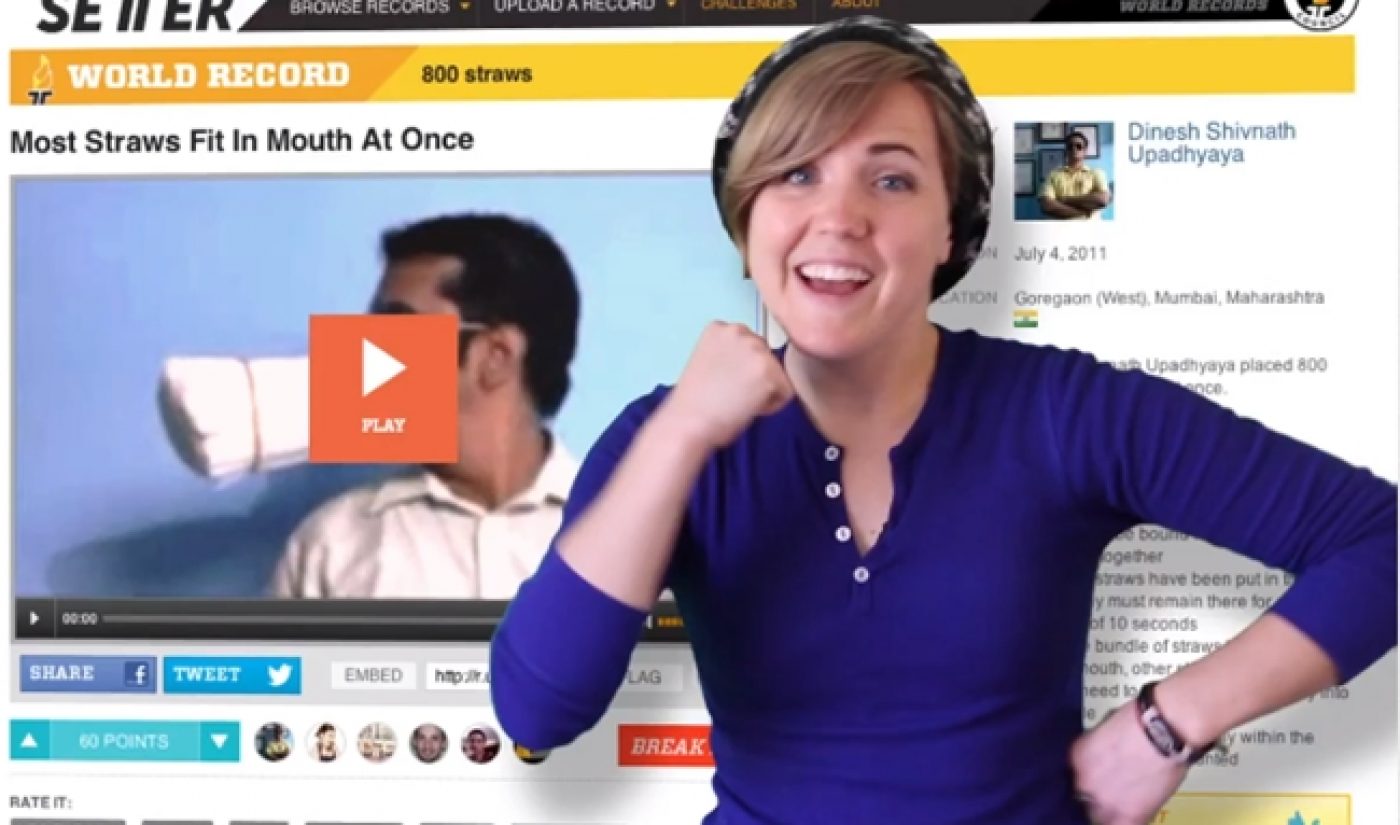 Hannah Hart‘s vibrant stage presence has led to her My Drunk Kitchen show becoming one of the 500 most subbed channels on YouTube. She also recently signed a deal with The Collective and was one of the contestants on the first season of Dance Showdown, so I think it’s safe to say that she’s in high demand. Now, Hannah is taking on a new project aside from her boozy cooking show. She is the host of The World Record Show, a new web series on the RecordSetter channel, where ordinary people film themselves doing silly things in order to be called record holders.

The show is produced by RecordSetter, a website where any record that crosses a person’s mind can be cataloged. If you think you can jam more pencils up your nose than anyone else in the world, you’re more than welcome to submit a video in which you complete that act of nasal fortitude for all to see. Of course, your record isn’t safe; if Joe Nostrils from Nose, Japan can fit just one more pencil than you, he becomes the new world record holder. Think of it as a social media version of the Guinness Book of World Records.

The show will also be broadcast on Virgin Airways flights via Channel 11, which also provides video from VEVO, Funny or Die, and several other channels. The first episode of The World Record Show has been released, with Hart using her trademark goofball humor to run through a host of different records, including most snorts in 10 seconds, longest head spin, and fastest juggling triathlon. Check it out:

As with the Guinness Book of World Records‘ YouTube presence, the stars here are the absolute weirdos who have decided to dedicate their lives to juggling apples or shoving straws into their mouth. The episode briefly discusses Brian Pankey, who holds over 2000 records on RecordSetter. Maybe it’s just me, but I think there might be a great documentary in his future.

Hart is definitely more fun when she’s hammered and unscripted, but she still has enough stage presence to lead the show. In the end, the star here is the records themselves. They’re fun and quirky, and they’re coming too fast for Guinness to handle. RecordSetter showcases plenty of feats on its YouTube channel, so take a look to see if there are any that you feel were made to be broken. Never forget, however, that Brian Pankey is always waiting to dethrone your attempt.