Fan Submissions Open For The Streamys; Get Yours In Now! 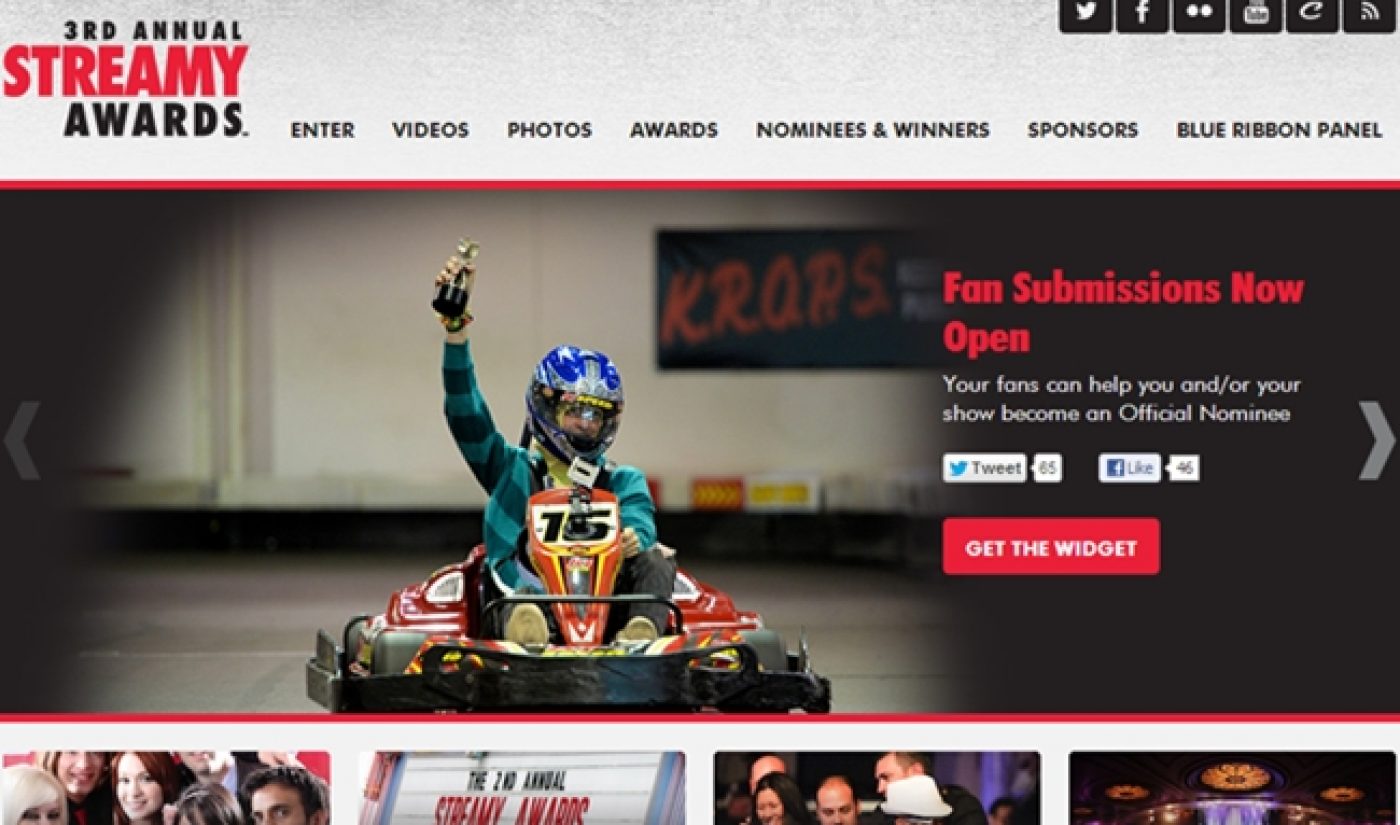 The Streamys are back.

For the third time in four years, Tubefilter is preparing to reward the best and brightest efforts in the online video industry. This year, we’ve teamed up with the fine folks at Dick Clark Productions to bring you the best Streamys show we’ve had yet. The event isn’t until February 17, but now’s the time to enter all of your favorite web series as fan submissions. If you want to take part in this awesome process, don’t wait around too long; the submissions window will close soon.

The top fan submission in each category will gain an automatic nomination alongside several other nominees chosen by our Blue Ribbon Panel (which is composed of a select group of experts in the online video field). No matter how big or small the production is, if it gets enough votes, it will be nominated. The process is simple: just go to the ‘How to Kill It with a Fan Submission’ page at The Streamys’ official website and follow the four very easy steps listed there. Remember, you can nominate shows in all of the various categories, but only one fan submission will make it as a nominee, so choose wisely.

Can’t get enough Streamys? Our own Drew Baldwin stopped by What’s Trending to talk about the fan nomination process. He also shared the event’s official trailer, where he got to descend from a helicopter and act super swanky, only to have his Streamy snatched from him and fought over by a host of eager creators. Dave Days, MysteryGuitarMan, and iJustine are among the YouTube stars who make an appearance.

If you’re a creator, you can also enter the Streamys by following our creator submission guidelines located here. Of course, you’re more than welcome to follow both avenues.

Online video fans, let us hear you. Who do you want to see take home the hardware. Do you dig Cybergeddon? Are you impressed by Stockholm? Can’t get enough of The Guild? No matter what your preference is, let it be known. You only have a few weeks left to get those nominees in, so good luck and happy submitting!

Click here to submit your favorite online video shows and stars to the Streamy Awards.