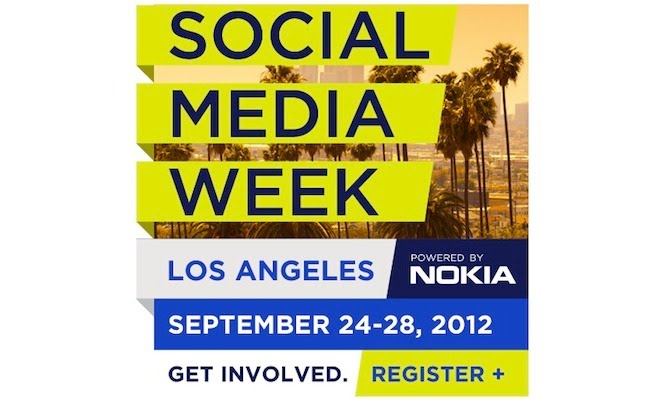 #SMWLA Wraps Up On Friday With Larry King, Jeff Cole, And A Streamys Sighting

Well, this is it. We’ve been talking about Social Media Week Los Angeles for some time now, but tomorrow it will all come to an end. Friday will be the final day of events at iO/LA and The Egyptian Theatre, and it’s safe to say that SMWLA is going out with a bang. There will be a plethora of keynotes, panels, and conversations, so don’t miss your last chance to check out the events that so many people have worked hard to deliver to you. As always, the full schedule is available on the SMWLA website, but I’ve prepared my usual list of highlights for your reading pleasure:

10 am, iO/LA: KEYNOTE: TRENDS, FADS & TRANSFORMATION: THE IMPACT OF THE INTERNET—JEFF COLE, DIRECTOR OF THE USC ANNENBERG SCHOOL CENTER FOR THE DIGITAL FUTURE

One of the most exciting parts of watching the Internet grow as a locus of high-quality content production has been watching as the country’s most prestigious institutions have made online media a part of their curricula. No one has been more central to this movement than Jeffrey Cole, a member of USC’s faculty and an outspoken voice regarding Internet consumption around the world. Cole’s worked with both of the last two Presidential administrations and frequently gives talks on digital media around the world. No one is more of an expert on the “digital future”, and we’re lucky enough to have him sharing his thoughts with us on Friday morning.

There will be several TV-related events on Friday, but I think this one deserves particular mention. Interactive media is trending upwards, and this panel will deal with various companies that are linking viewers with social media input. Shazam is probably the most notable business that will be represented (the real company, not the lazy genie variety), but Fourth Wall Studios are an exciting guest as well. They just won an Interactive Emmy for their web series Dirty Work, so they’re truly a production studio that’s pushing online video in a new and exciting direction.

Larry King’s web presence has been previously documented on Tubefilter, and he has some of the highest journalistic clout among those who has been enthusiastic about moving from TV to the Internet. This is a one of a kind opportunity to see Larry do his thing in person, and it’s totally free. If you enjoy serial web content, now’s your chance to be a part of it. Larry will be interviewing Nick Cannon, and if you don’t think he’s worth your time, then you need to watch Drumline again.

3 pm, Egyptian Theatre: I’D LIKE TO THANK THE ACADEMY…ON TWITTER: A CONVERSATION WITH THE EMMYS, OSCARS, GRAMMYS, STREAMYS, AND DICK CLARK PRODUCTIONS

Finally, what better way to end your Social Media Week then with a little Tubefilter action? Our very own Drew Baldwin, producer of the Streamy Awards, will be joining this panel on the ways social media impacts the awards show world. It should be like today’s Beverly Jackson keynote, but with a wider audience; the Oscars, Grammys and Emmys will also be represented at this event. If you think your web production might be Streamys material, then this is your chance to get the inside scoop on how award shows are engineered in the digital age. Come join us at the Egyptian Theatre!

So there you have it. Five wild and craaazy days of SMWLA, and it’s all about to end. You can RSVP by clicking ‘Attend’ on the schedule, so don’t miss your final chance to join the conversation!