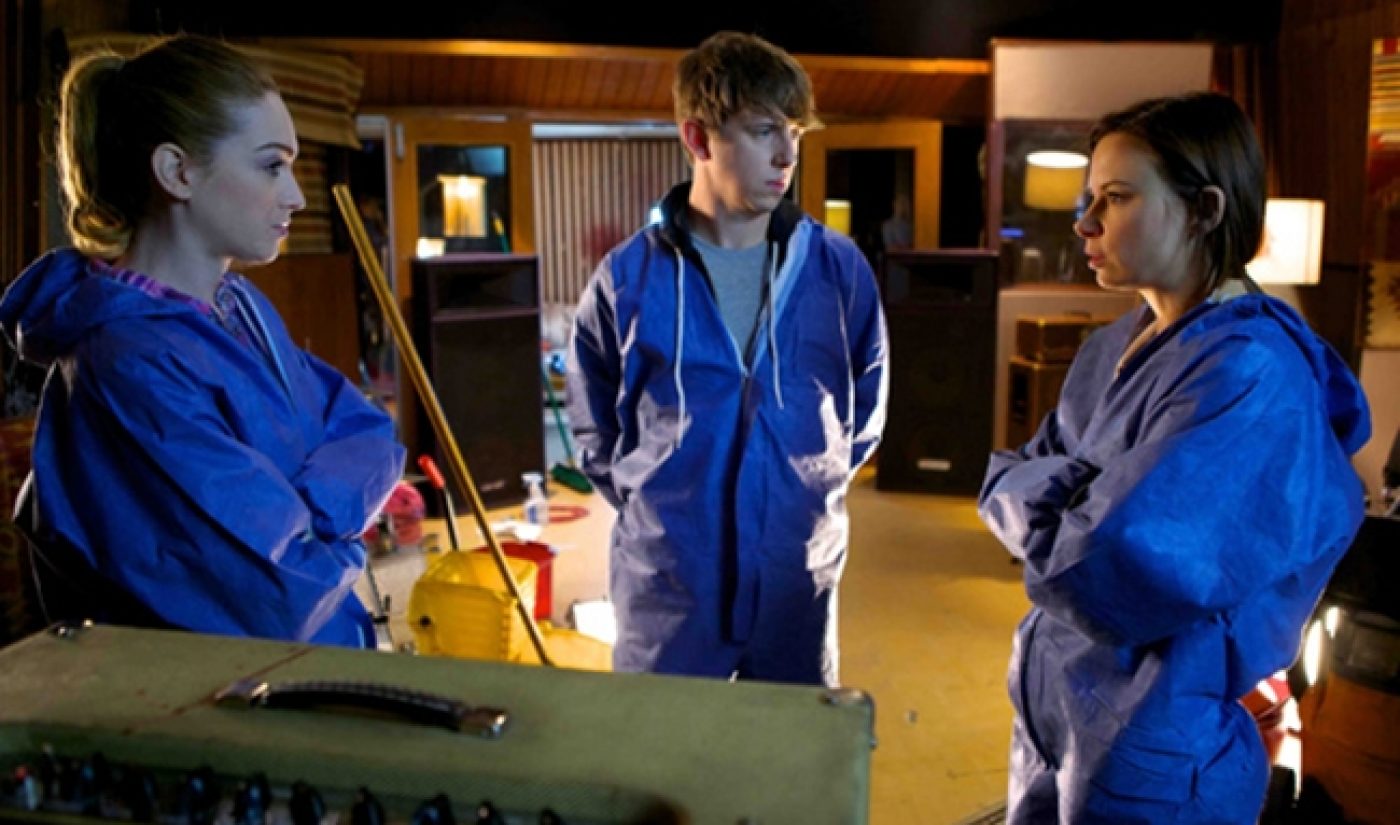 In July, the Academy of Television Arts & Sciences announced the nominees for the Primetime Emmys. In addition to the well known Acting, Writing, and Directing awards for televised excellence, the Academy also hands out a large number of Creative Arts Awards for the best technical achievements over the past year in TV. Two statuettes are awarded in the category of “Outstanding Creative Achievement in Interactive Media“, which seems to cover any sort of web content that draws the user into the show through the use of social or mobile media.

Though the big time hardware won’t be handed out until next week, the Creative Arts Emmy winners have already been announced. Dirty Work, on the RIDES.tv channel, won the Interactive Emmy for original content while Conan‘s Team Coco Sync App won the award for program-specific companion content.

Dirty Work is a three episode web series about a group of “bioremediation engineers” who clean up crime scenes while, of course, simultaneously untangling the complex knots in each other’s personal lives. Also, Metta World Peace is in it. So there’s that.

The show is “interactive” in the sense that the RIDES.tv platform, created by the aptly named Fourth Wall Studios, can send you calls, texts, and emails during the show to presumably add depth to the story. It definitely seems a tad gimmicky, but it’s very cool that RIDES has found a way to extend the web series format beyond what could possibly be presented on a TV screen, and that alone is certainly worth an award for interactive creativity.

The Team Coco Sync App allows users to access real-time extras during episodes of Conan using their tablet or smartphone. It beat out other auxiliary experiences for TV shows such as Top Chef and Game of Thrones, which was the biggest winner at the Creative Arts Emmys with six awards.

It’s great to see the web series format continuing to gain recognition alongside mainstream TV. Of course, the best is still to come; our very own Streamy Awards will honor excellence in 37 different online video categories when they air on February 17, 2013.