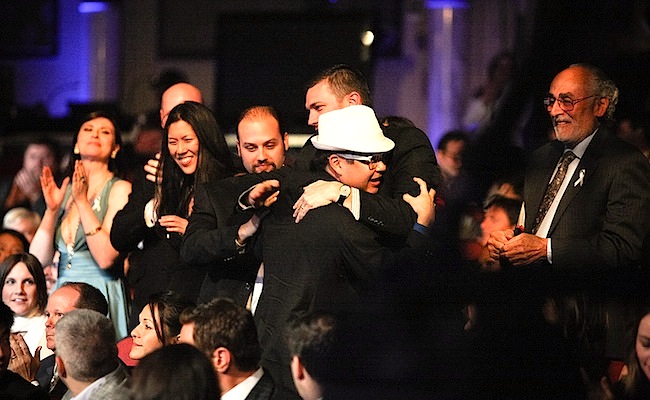 Over a year ago, we announced big news about the Streamy Awards. We told you we teamed up with dick clark productions—the producers behind The Golden Globes, American Music Awards, Academy of Country Music Awards, New Year’s Rockin’ Eve, So You Think You Can Dance, and more of the most iconic and enduring shows in entertainment. With this partnership, we set out to do two things:

A lot has happened since then.

As Tubefilter’s Drew Baldwin told Variety late last night, the speed at which the online video industry has developed is staggering. In the past twelve months alone we’ve seen upwards of a quarter-billion dollars invested in the creation and promotion of online original programming. And that’s just from YouTube.

Major entertainment distributors (like Netflix and Hulu), online video destinations (like AOL, Yahoo, and Blip), and the digital divisions of major motion picture studios and television networks (like Disney, Warner Bros., and Paramount Digital) have followed suit. Together with new media studios (like Maker Studios, My Damn Channel, Alloy, Big Frame, the Collective Digital Studio, Machinima, Fullscreen, Revision3, and more) and the tens of thousands of independent content creators (who devote hundreds of thousands of hours to their dreams of becoming the next Kevin Tancharoen, Lizzie Bennet, iJustine, NicePeter, Vlog Brothers, Phil DeFranco, Felicia Day, or whoever their most highly esteemed online video content creator may be), they’ve invested hundreds of millions of dollars more to bring quality online entertainment to the internet connected masses.

And as the investment in the online video space has been on a steady trajectory of booming, so has the quality of the programming. Major motion picture studio-backed and basement-born productions have all produced libraries of programming that continue to look, sound, and watch better than they ever have before.

A lot’s happened for us, too. In the past year we’ve had the amazing experience of working incredibly close with the best awards show producer in the world to create an event that honors, recognizes, and celebrates those working hard to make the magic of online video entertainment happen.

We made a deliberate decision to take our time to find an amazing, iconic venue and bring on board one of the biggest and most recognizable brands on the planet to fully support the show.

Today we’re announcing the Streamy Awards are back and are now accepting submissions.

On February 17, 2013 at the Hollywood Palladium in Los Angeles, California, the Streamy Awards will be an event of the size, scale, and class this rapidly maturing online video industry deserves. We’re incredibly excited about it. We hope you are, too.

We’ll have many more details about the Streamy Awards in the days, weeks, and months to come. Stay tuned. #streamys