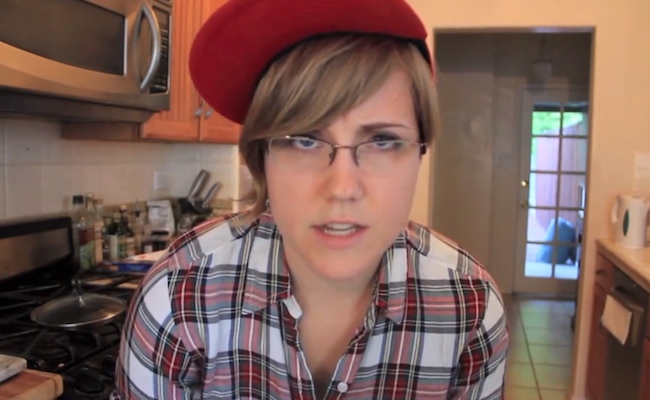 At an 8,000 attendee or so convention replete with some of the biggest online video celebrities on the planet and dominated by the world’s largest video sharing site, you may think it’s difficult for an online video platform whose name doesn’t rhyme with “YouTube” to garner any kind of attention. You may think it, but you shouldn’t. VYou is doing a great job at finding the spotlight.

The internet’s “fun, easy way to record and share your knowledge, thoughts, and experiences” and/or (as I once described it) “facilitator, aggregator, and distributor of lo-fi and decidedly unproduced, unmanufactured UGC question-and-answer content” rests somewhere in the middle of broadcast platforms (like YouTube, Vimeo, and Blip) and real-time conversation utilities (like Skype or Google+ Hangouts). That makes it a perfect destination/platform/tool for two-way-fan-and-online-video-star interactions.

And at VidCon, VYou is engaging some of YouTube’s most sought after rising stars to participate in fan-driven, live, question and answer sessions. The interactive experience takes place straight from the company’s booth and VYou bean bag chairs on the floor of VidCon’s main expo hall.

Amazing Phil, Mitchell Davis, Hannah Hart, Danisnotonfire, Luke Conrad, Miss Glamorazzi, and Wheezy Waiter will be giving members of their fan bases present at VidCon immediate and instantaneous satisfaction as they answer all the questions those fan bases have time to ask in 45-minute or so Q&A slots. Members of the aforementioned YouTubers’ fan bases who aren’t in attendance at VidCon can still catch all the question-and-answer action on a specially made VYou page that will aggregate all the interviews from the event.

VYou is also offering a special prize to the VidConer whose question on the platform receives the most answers by convention closing time this weekend. The popular VYouer will receive complimentary tickets to VidCon 2013.