‘Annoying Orange’ Gets its Television Premiere on Cartoon Network 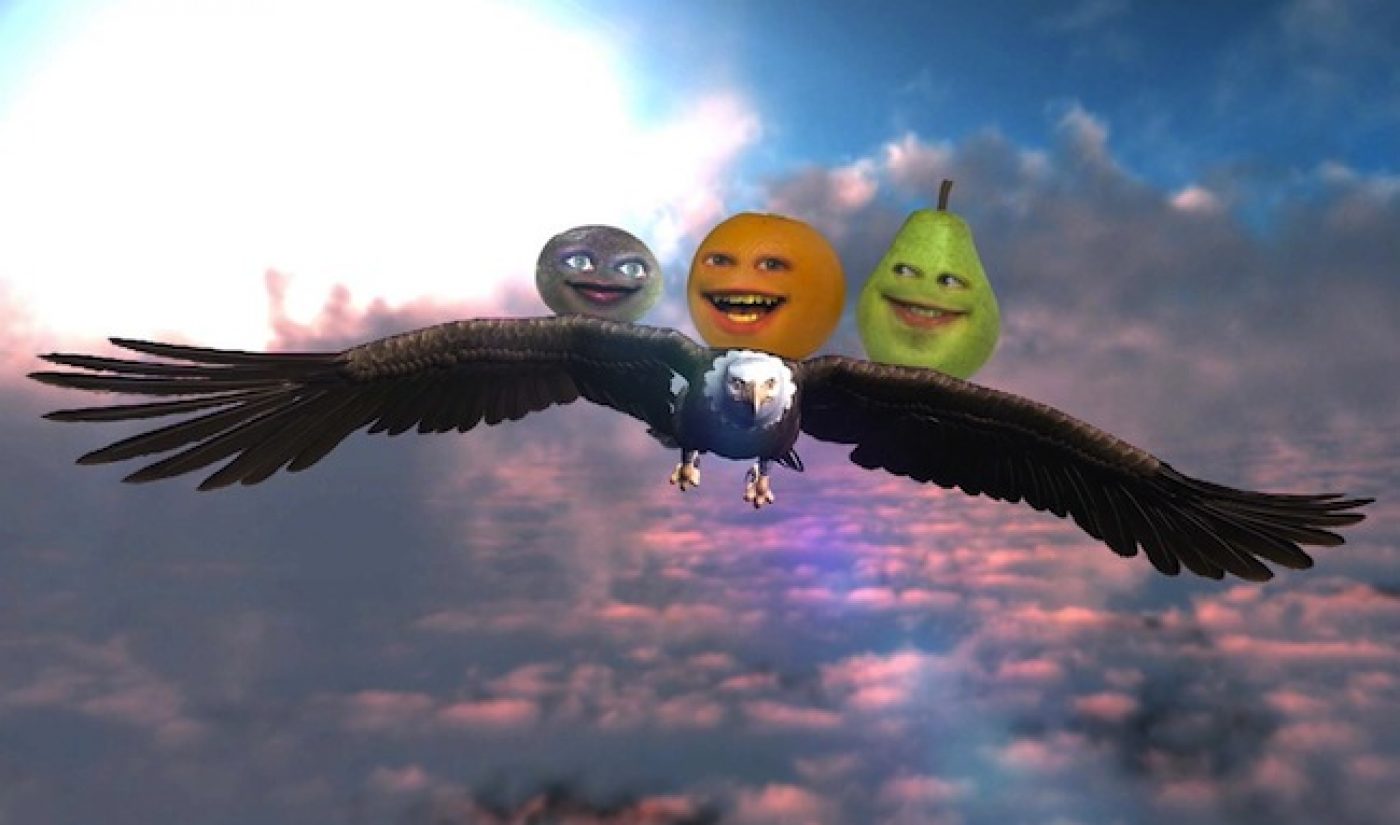 You’ve seen the world’s most famous anthropomorphic fruit with a penchant for puns on YouTube (which the collective “you” has seen over a billion times), amidst the Ellen-endorsed T-shirt section of your local neighborhood JC Penney, and among the plush toys and key chains of every giraffe’s favorite retailer Toys “R” Us. But tonight, you’ll see the Annoying Orange and his kitchen cohorts in a way its never seen it before. On television.

The much anticipated small screen premiere of Annoying Orange will occur Monday, June 11 at 8:30PM ET/PT on Cartoon Network. The 15-minute installment is sandwiched between the regularly scheduled Regular Show and the kid-friendly, quarter-hour version of Robot Chicken with Alfred E. Neuman’s mug, MAD.

You can expect to be entertained by and/or roll your eyes to scenes of talking food, who are excellent at playing with their words navigate their way out from under the canopy of a fruit stand into an array of adventures taking place in the Prehistoric Era, Colonial Times, the deck of Starship Enterprise, and other a-typical locations and time periods in between.

Annoying Orange creator Dane Boedhighimer and the co-creator of his YouTube series’ television iteration Tom Sheppard (who scribed handfuls of episodes of Pinky and the Brain) made sure all the usual suspects are in tow for the program’s cable television debut (including “level-headed Pear, potential paramour Passion Fruit, resident goody goody Apple, the always upbeat Marshmallow and Orange’s nemesis the hulking Grapefruit”). That’s in addition to at least one unusual suspect who was added to the cast. Toby Turner (aka Tobuscus) is playing the recurring role of “Nerville, a night shift maintenance manager at Daneboe’s market and mad scientist who is the only human character that can interact with the animated fruit.”

Orange has taken over CartoonNetwork.com in honor of the upcoming premiere. Don’t be an Apple. Tune in.