Fred Armisen Asks, ‘Can You Be Serious for 30 Seconds?’ 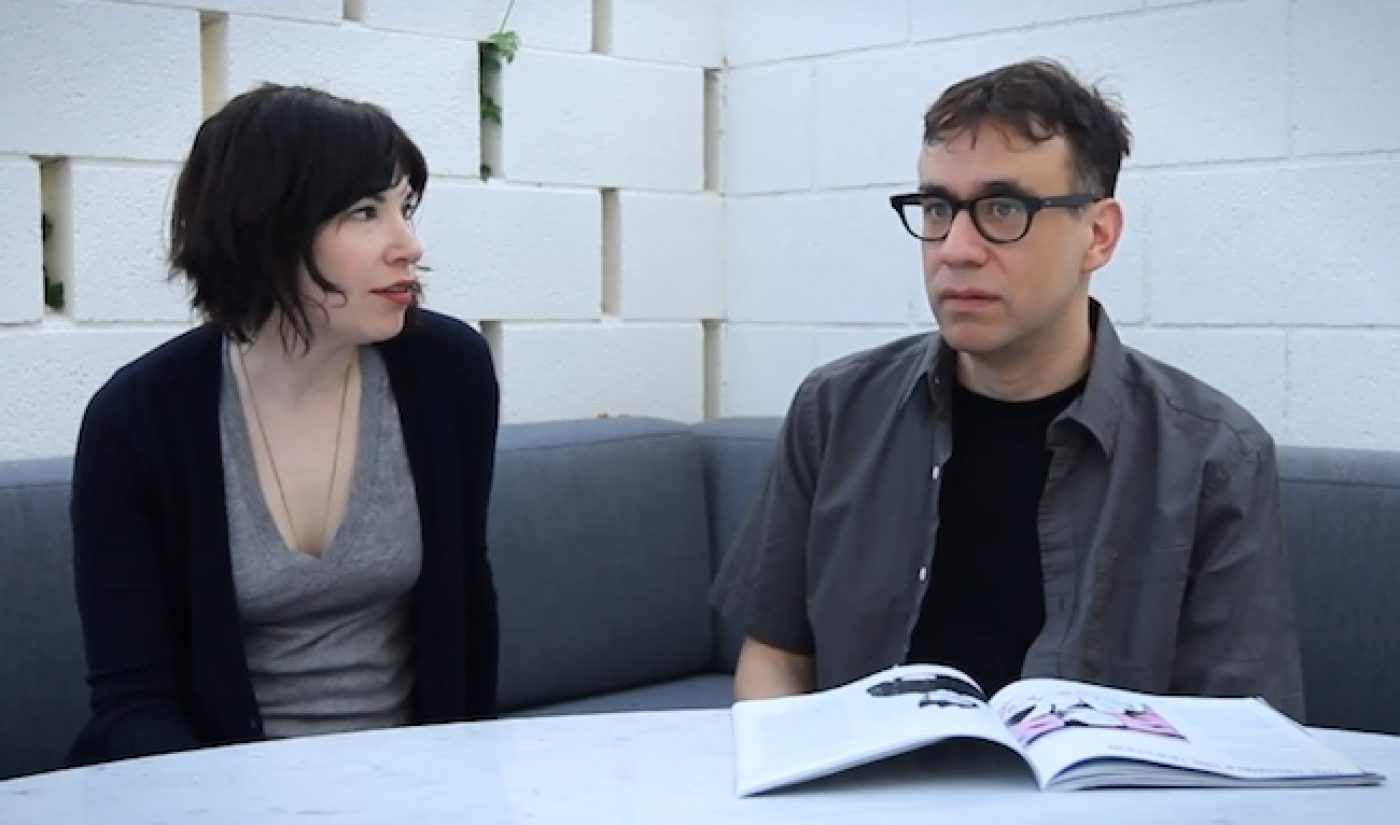 Armisen and former Sleater-Kinney power-chorder and current Wild Flag-frontowmen Carrie Brownstein debuted their more “kind-of comedy than actual comedy” sketches under the banner of Thunderant during the Writers Guild Strike of 2007 and 2008. The dozens of videos mostly comprised of deadpan humor that pokes fun at leftish-leaning subcultures particularly prominent in America’s Pacific Northwest are funny in both ha ha and LOL kinda ways, as well as super successful. The vids served as more or less of a prequel and/or pilot for Portlandia, Armisen and Brownstein’s successful IFC series comprised of the duo’s sketches, which was just picked up for a third season.

Armisen’s second major foray into online video occurred earlier this month, again with Brownstein and again featuring “satire [that] is fresh, organic, and cage-free.” It’s called Be Serious for 30 Seconds and it’s sorta like a user-submitted video challenge you’d normally expect to see from someone like Ze Frank, except a lot more irreverent and explained with a lot more use of some sweet typography.

The project calls for people in possession of a video camera, an internet connection, and a YouTube account to create a piece of content in which they adhere the following rules:

Are you a video maker who can you forego your normal, everyday, silly histrionics and act a little somber for a few moments to create a piece of content that may turn out to be funnier than the stuff you try to make that’s intentionally funny? If so, be sure participate in Armisen’s stone cold comedy project.