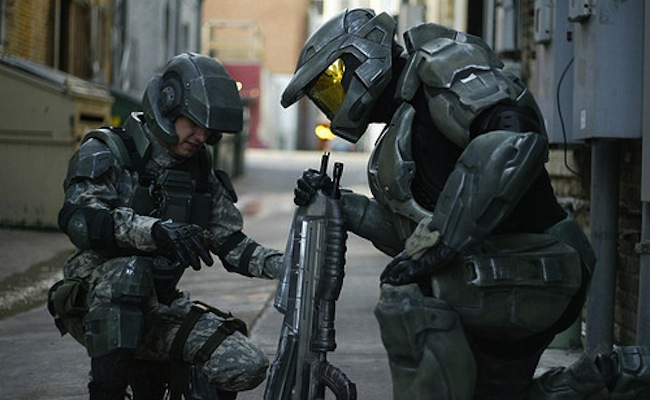 Halo is getting an original web series. The news broke in April that Microsoft’s Xbox gaming division was in the preliminary stages of developing a live-action, online episodic program based on the first-person shooter that centers on the “interstellar war between humanity and a theocratic alliance of aliens known as the Covenant.”

The Halo show is called Forward Unto Dawn and will be released on Machinima.com’s YouTube channel (to that channel’s 4.4+ million subscribers) in five weekly installments of 15 minutes each leading up to the highly anticipated November 6, 2012 release of Halo 4 (the next title in the video game franchise’s catalog). It will also be one of the most ambitious episodic online video programs of all time.

That’s according to Machinima CEO Allen DeBevoise. He told the audience at MediaPost‘s OMMA Video Conference during his Keynote Q&A (which was facilitated by a fantastic moderator) he expects Forward Unto Dawn to be the largest original web series ever made, both in terms of budget and scale. Because of that, DebeVoise also believes the show may mark a tipping point for Machinima.com, if not for the online video industry as a whole.

“This program has the potential to be for Machinima what Oz was for HBO,” DeBeVoise said, before he cited how the one-hour drama put HBO on the map as a major player in the original entertainment industry and laid a solid foundation for future HBO mega hits like The Sopranos.

For Machinima, video game enthusiasts, young males, and maybe even the web at large, that program may be coming this Fall in the form of Forward Unto Dawn. Stay tuned.