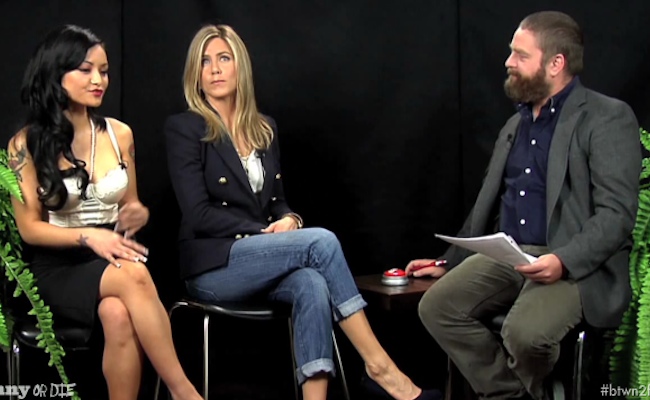 ‘Between Two Ferns’ to Air 30-Minute Special on Comedy Central

The channel that’s no stranger to inelegant content will broadcast a 30-minute special of Between Two Ferns on May 6 at 8:30PM ET, immediately before The Comedy Awards. The television iteration of the online video show is dubbed Between Two Ferns: A Fairy Tale of New York and will feature Galifianakis, two ferns, and at least Jon Stewart, Tina Fey, and Sir Richard Branson as guests.

Scott Aukerman is the director of the series and let news slip of its existence and air date on Monday’s installment of the Comedy Bang Bang podcast. No news yet on whether or not this is a one-off for television or the beginnings of a new Comedy Central series (and another television property for Funny or Die.)