Video: Eliza Dushku Behind the Scenes on Leap Year Season 2 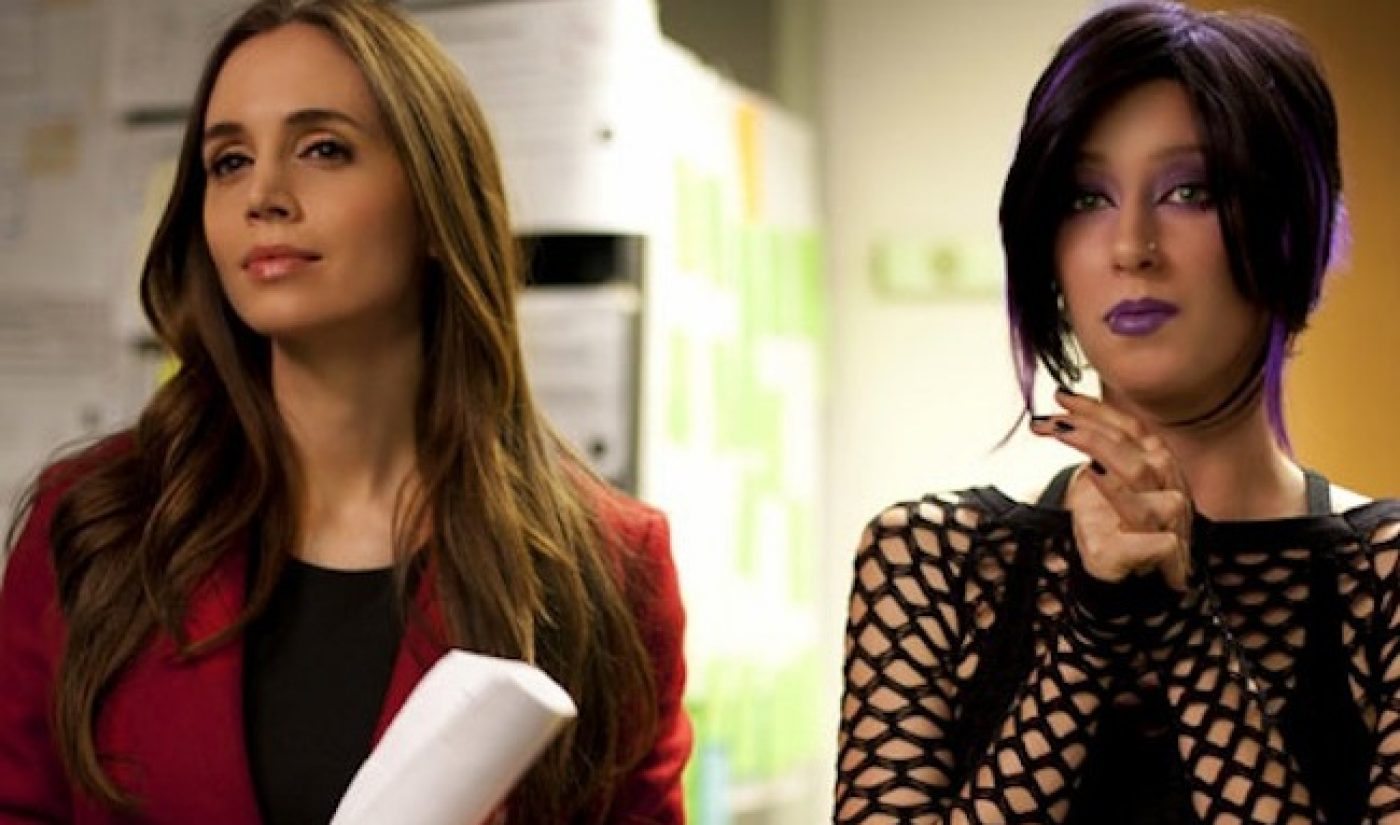 Leap Year fans are in for a surprise—Eliza Dushku, star of acclaimed fan favorite series Joss Whedon’s Dollhouse, Tru Calling and films like Bring It On and City by the Sea, is guest starring in on the upcoming second season. Dushku joins guest stars Craig Bierko, Joshua Malina, Julie Warner, Steven Weber, and former Buffy the Vampire Slayer co-star Emma Caulfield for Leap Year Season 2. “We hit the guest star jackpot hard this season,” said Executive Producer Wilson Cleveland, who also plays the role of Derek. “All were generous with their time and talent, all came to work, and all of them just nailed it.” According to Cleveland, the part was practically written for Dushku: “June Pepper is such an interesting character—she’s got that funny je ne sais quirk,” he said. “Yuri and Vlad [Baranovsky] write so well, but she’s got a fairly epic dark side. Anyone familiar with Eliza’s work knows she excels at playing characters who can make you giggle right before she knocks your emotional (and physical) teeth out—and look fierce doing both.”

Like many forward thinkers in Hollywood, Dushku is attracted to the web “becuase that’s where more people are,” she told Tubefilter. “The internet has clearly exploded in the last few years—you can access whatever you want to watch on your iPhones or your Androids. It’s definitely more user friendly and instantly accessible, and there is really creative, cool stuff going on. You get to really play, to really explore, and to have creative license and freedom.”