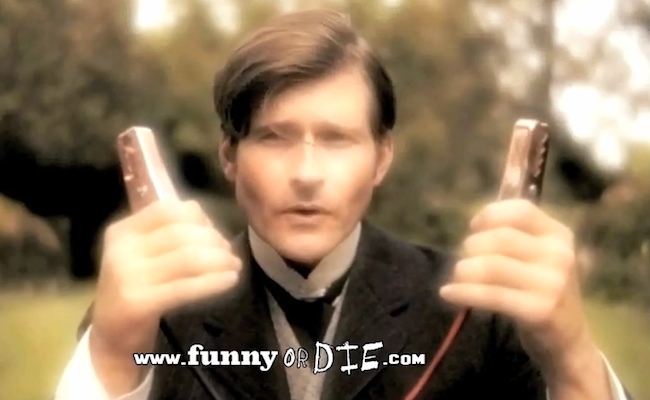 Funny or Die’s ‘Drunk History’ Picked up by Comedy Central 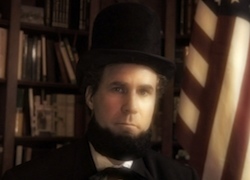 That Ryan Gosling, Eva Mendes, and Jim Carrey-starring Christmas-themed installment of Drunk History, which aired in December 2011 was the first time internet audiences were given an installment of the alcohol-infused Funny or Die web series since the last time.

The last time an episode of the program, which depicts tall tales and/or historical events as recited by any number of inebriated comedians and re-enacted by any number of highly notable actors (like Michael Cera, Don Cheadle, Zooey Deschanel, and more) was released to the web by way of Funny or Die was way back in June 2010. That was when Duncan Trussell talked all blotto about the professional relationship between Nikola Tesla and Thomas Edison.

The next time fans of the series will see an installment of the Funny or Die online original could be any day, but instead of seeing it on Funny or Die, they may see it on television.

Nellie Andreeva at Deadline reports “Comedy Central has given a pilot presentation order to Drunk History Across America.” The expanded to TV version will feature a familiar format of all-star interpretations of historical events as described by individuals under the influence, in addition to “travel elements and interviews with city locals who will drunkenly narrate local and personal history which, too, will be re-enacted by guest actors.”

Funny or Die founders Will Ferrell and Adam McKay are on board to executive produce, along with Chris Henchy (of the aforementioned individuals’ Gary Sanchez Productions) and Drunk History creator Derek Waters, director Jeremy Konner, and Owen Burke.

No news yet on when production starts for the Drunk History Across America pilot presentation. Until then, raise a glass, read some Zinn, and stay tuned.