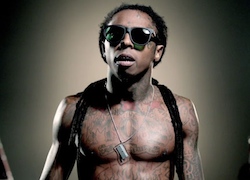 Vevo is a joint venture among Sony Music Entertainment, Universal Music Group, and Abu Dhabi Media and an online destination for music video and music video-related programming. Vevo.com received over 53 million unique visitors in the month of December, all of whom collectively viewed over 801 million videos, which makes it comScore’s second most-trafficked online video site in the United States. If those numbers aren’t impressive enough, you can add to them Vevo’s viewership stats from its YouTube network. Those clock in at a little over 53 million unique viewers and 782+ million video views.

That means last December Vevo at least racked up 1.583 billion (with a “b”) online video views across its website and distribution network in the US alone. Vevo CEO Rio Caraeff recently noted that if you include all the views from outside the US, the global monthly video views numbers top three-and-a-half billion.

Caraeff also revealed those billions of views per year translate into a few hundred million dollars of revenue. Vevo generated $150 million in revenue in 2011 and has paid out labels roughly $100 million over the last two years, which makes for a net positive on the company’s bottom line.

The CEO expects to reach the $1 billion revenue milestone within a “short period of time.” Vevo’s plans to distribute content on the X-Box within 30 days, as well as its planned expansion to six more countries in 2012 should help it get there.