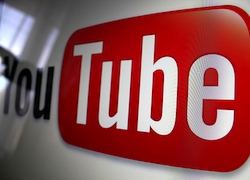 One of the great things about online video is its viewership is (in theory) very easily quantifiable.

Technology exists that enables internet advertising companies and online marketing agencies to know how many people, from which part of the world, it what socio-economic brackets, with which jobs, and what kind of casual interests visit any given web site or view any given online video within any given time frame on any given day.

That’s great for those marketers and advertisers because they can better manage their clients’ marketing and advertising budgets and target branded campaigns to the consumers they feel will be most receptive to their messages and products. It’s also great for content publishers and content makers because they can more easily show viewership and viewer demographics and demand a fee from advertisers commensurate with their numbers.

Trusted and transparent information is good for everyone in the online video industry. While Nielsen’s imperfect measurement of television viewership has been considered gospel by Madison Avenue for the past six decades, those professionals in the online video industry are hoping the individuals on Madison Avenue holding the purse strings will start to put more of their faith in the science of hard data.

With all that in mind, YouTube is doing its best to make its data more accurate. Starting today, a lot of YouTube users may notice a drop in their subscriber numbers. That’s a result of YouTube starting to purge inactive accounts (aka accounts that at one time may or may not have belonged to a living human that could potentially view an online video, but are now dormant or otherwise untouched).

What makes a YouTube account inactive? A representative from the company gave me an explanation over e-mail:

Since last January, we’ve been asking users to upgrade their accounts for a better, more secure YouTube experience by connecting all YouTube usernames to a Google account. As part of this effort, users with inactive YouTube accounts with no video uploads were asked to link to a Google account to avoid deletion at the end of the year. You can learn more about this process at our Help Center. To restore a deleted account, you can contact us here.

YouTube is also doing its best to mitigate against what it calls “the artificial inflation of subscriber counts.” As we discussed during our most recent Tubefilter meetup in LA, there are a number of “creative agencies and vendors” that claim to increase YouTube subscriber numbers. Some of these entities are legitimate, while others are less so. Over the course of the next several days, YouTube will be implementing “a more rigorous system” that will prevent new subscribers from being added to accounts by illicit means and remove subscribers that were originally added by way of employing illicit practices.

You can read more about the steps YouTube is taking to ensure more accurate subscriber data here. Some channels might take a hit in the short-term, but it’s a very good step for the industry.