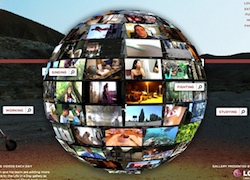 And if you thought the numbers of Unique Viewers and Online Videos Viewed in the US were large, the global numbers are staggering.

ComScore’s report indicates almost 1.2 billion (with a “b”) people aged 15 and older watched over 201.4 billion (again with a “b”) online videos around the world during the month of October 2011. The biggest share of those views came from YouTube. Google Sites accounted for 88.2 billion video views during the 31-day period or a 43.8% share of the total. Vevo garnered 3.6 billion video views during the same time frame, further proving the perennial and ubiquitous appeal of music videos. And Facebook also made it into the top five, attracting 2.5 billion pairs of eyeballs worldwide.