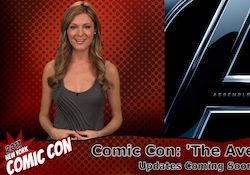 My spellchecker never likes it when I type Clevver, but inventive spellings are nothing new when crafting an easily searchable brand name. And let’s face it, search is no small part of what vaulted LA-based Clevver Media into the Billion Views Club on YouTube, with two primary channels, ClevverTV and ClevverMovies getting the bulk of them.

Now the company that built a business around distributing studio movie trailers on YouTube—before ramping up its own original productions—is branching out to other platforms with a freshly inked distribution deal with Dailymotion. The Paris-based video hub is picking up four of Clevver’s entertainment content channels—ClevverTV, ClevverMovies, ClevverMusic and ClevverGames.

In a revenue sharing partnership that brings over the now thousands of existing Clevver videos with it, Clevver is also producing exclusive new content for Dailymotion under the ClevverMovies channel starting today with hosted “from the floor” coverage of New York Comic-Con with host Tatiana Carrier.

Clevver joins Dailymotion’s growing list of premium content partnerships that include Crackle, Hulu, Spike, Young Hollywood and MTV. This is one of the first major YouTube-native channels to get lured on the site, which is rumored to offer a more competitive advertising revenue share CPM to partners.