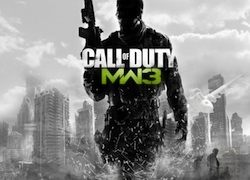 In June we told you how video game publisher Activision was looking for top Hollywood talent to create linear programming for Call of Duty Elite, the still-in-beta subscription-based social networking and multiplayer online addendum to the ever-popular Call of Duty: Black Ops and the yet-to-be-released Call of Duty: Modern Warfare 3.

Since then, Activision has found its top Hollywood talent.

Activision tapped acclaimed director Ridley Scott, his acclaimed brother Tony Scott, and their acclaimed production outpost RSA Films to produce Friday Night Fights. John Gaudiosi at The Hollywood Reporter writes the original web series will be exclusively available to those subscribers of Call of Duty Elite’s $50/year premium service package and will “focus on video game competitions between rival groups” (like Republicans and Democrats) that “will settle their differences by playing Call of Duty: Modern Warfare 3” (instead of by way of fisticuffs, which would be way too violent. ZING! Video game violence humor!).

Friday Night Fights will be Ridley Scott’s latest foray into the online video space since he dropped his online Blade Runner redux and released YouTube’s Life in a Day. Arnett and Bateman are producing their CoD Elite programs coming off the analytical and comical success of their branded entertainment show for Denny’s, Always Open. The web series and CoD:MW3 are set to debut November 8.