Wow! We have had some exciting news of our own this past week with the Streamy Awards! (If you haven’t already, check out the coverage at Variety and The Hollywood Reporter). 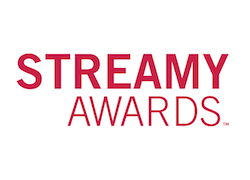 Yes, as we’ve hinted before, the Streamy Awards are coming back and better than ever. And now we can finally confirm that we’ve teamed up with dick clark productions—the producers behind The Golden Globes, American Music Awards, Academy of Country Music Awards, New Year’s Rockin’ Eve, So You Think You Can Dance and many more—to honor the best of online video and the people who create it.

We started the Streamy Awards back in 2008 when we felt that the quality and volume of online video work had reached a critical point—particularly in web series—and it was time to honor some of that year’s best works and creators.

And we just went for it. The Streamys was in every sense an independent web show itself, pulled together with lots of favors, hard work, and generous support from so many amazing people who helped it become a success. And as creators ourselves, we’ve learned quite a lot along the way. 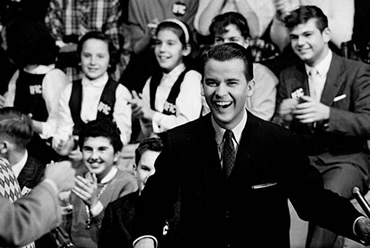 The Streamy Awards is about honoring all the creators—whether backed by a studio or alone in their basements—who have entertained and inspired a whole generation of online video fans around the world.

But it’s also about sharing these creative, brave, unique, and meaningful stories with the world. Who wasn’t moved by Felicia Day’s inspiring speech at the 2009 Streamys, or Chris Colfer’s touching acceptance at the 2011 Golden Globes?

Dick Clark’s legacy from the beginning—remember American Bandstand?—has been about shining the spotlight on new and undiscovered talent and bringing it to a larger audience—a legacy that continues today across all of their programming. It has always been about putting the fans first, asking them what they thought—like in this clip from 1967 where fans shared their thoughts on this new band called The Beatles:

Sure, it’s a bigger sandbox now—everyone from Will Arnett and Jason Bateman to a couple of guys from Montreal in their kitchen is striving to entertain an audience—but that’s what makes this medium so exciting to us. As Leap Year creator Yuri Baranovsky recently wrote in his inspired blog post, “bring it on.”

So get pumped. Even before the news broke, we’ve been getting a great response from distributors—from television networks to major video platforms—who want to be the home for the next Streamy Awards.

Thanks to everyone for their support and we look forward to working with you in building the next Streamy Awards! See you at the Streamys in 2012—here’s to making history together.