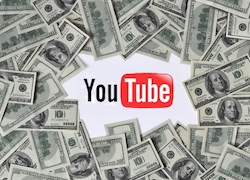 There are currently over 20,000 YouTube Partners (aka the channels whose content YouTube has deemed appropriate for advertisers and with which the company splits advertising revenue earned against the channels’ videos). That number has doubled in the last year. The revenue on partner pages has tripled in the last year, too. The number of YouTube Partners making over $1,000 per month up 300% since the beginning of 2010.

That’s a lot of new media and homegrown internet talent making at least some extra cash and at most a very comfortable living thanks to the world’s largest video sharing site. But while Youtube has created and fostered a new breed of entertainment professionals, the company can’t help but court established Hollywood and pop culture personalities with multi-million dollar productions.

Michael Learmonth at Advertising Age leaked details of a few of the types of big name, big budget original web series YouTube is currently pitching to brand name advertisers. They are:

These pitches, Learmonth notes, are a completely separate initiative from the $100 million YouTube supposedly has earmarked for enticing recognizable celebrities to take their talents online. The two programs, however, along with a planned January redesign to YouTube’s layout could literally change the face of online video.