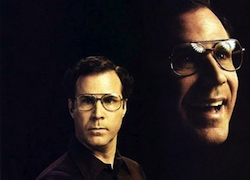 Yuri Baranovsky recently asked a silly question on Facebook. The creator of one of the original original web series Break a Leg and principal at Happy Little Guillotine Productions wondered to his friends “Would you be more inclined to watch a high-quality, extremely well-shot, -scripted, and -acted web series if it was longer (22 mins)? Or shorter (7 mins)?”

The answer’s obvious. No one watches Modern Family, Breaking Bad, or There Will Be Blood and says, “I wish there was less of that!” If the entertainment property is high-quality and engaging, we want to see more minutes of it, regardless of the medium.

The people at Funny or Die agree with me. The new media studio and online comedy destination’s CEO Dick Glover recently told Jessica Vascellaro at the Wall Street Journal he’s on the lookout for longer, feature-length comedies “that could live online.” Glover isn’t searching for big budget homeruns, but low-budget “singles and doubles that are all profitable” and could be distributed through a partner like Amazon, Netflix, Google, or Apple.

If any new media entity can make long-form content created for online distribution a success, it’s Funny or Die. Since Will Ferrell and Adam McKay founded the the company in early 2007, its mastered the art of viral video and sold television shows to HBO and Comedy Central.

Ferrell’s vision to one day premiere feature films and things longer than internet shorts on the site and on the web could be a reality soon. Vasecllaro reports Glover and his team are on the lookout for ideas and could go into production as early as later this year.