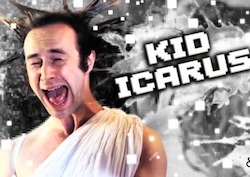 Parody, video games and the internet have always been a three’s company of buddiness. CollegeHumor’s Dorkly, YouTube 8-bit parodies, and of course Atom’s long-running and recently ended Zelda spoof, The Legend of Neil all feasted from the table of viewers nostalgic for the video games of their youth.

Creator Matt Lewis still saw plenty of flesh on this comedy bone, crafting an elaborately detailed parody of over a dozen video game characters in what would become his first leap into web series with Video Game Reunion, set to bow March 8th on Atom and GameTrailers.

The series opts for the lighter, familiar mockumentary riff on the idea of the real lives of game characters like Mario, Luigi, Peach, Bowser and Mega Man—not as dark as the neo-noir sendup of the Mario Bros. and the Koopa Kingdom in 2008’s There Will Be Brawl. The main conceit of the show being that all of those iconic game characters were actually played by actors on sound stages. So now, years after their games were dumped into bargain bins, the cast is getting back together for one big public reunion in Las Vegas in hopes of rebooting their careers. “Of course, things go completely bonkers,” added Lewis.

“We wanted to make the show accessible,” Lewis told us, “but we also wanted to throw some bones to the serious gamer crowd. There’s a lot of very deep and obscure video game humor in the show if you’re looking for it. There’s just a ton of references to pick up, every episode is chock full of them. If you played video games as a kid, VGR is going to bring back a lot of memories.”

The “red band” trailer is below (potentially NSFW):

Nestled under parent MTV Networks, Atom has sauntered along as a male-leaning comedy hub with a spruce of gamer—one of the last studio-owned sites to still embrace UGC and the potential for uncovering a budding comedic talent. The network has shied away from the brass, big budget projects that eventually closed up shops like ABC’s Stage 9 and 60 Frames, opting instead for modest allowances to creators to prove their muster.

But Lewis and his partner Aaron Sherry, who had yet to work in original web series before, came into the Atom offices to pitch them their vision for a series that as Lewis puts it, will “raise the bar” for original web series. Lewis’ background in traditional entertainment working for Warner Brothers and Universal Pictures on viral campaigns, big-budget movie web sites helped sell the total package of creator that can actually pull off his lofty ambitions. 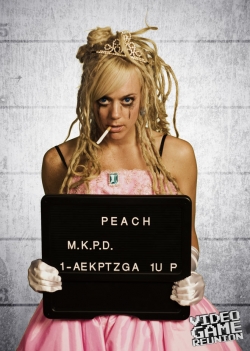 “Matt came to us with an incredibly detailed, fully fleshed out vision for a 14-episode series with multiple throughlines, and he described it almost entirely from memory,” said Atom’s SVP Scott Roesch when asked about his decision to pick up the series before anything had been shot. “That kind of enthusiasm is infectious, and we signed on eagerly.”

Despite what appears to be Atom’s biggest push for a web series this year, Roesch hesitates to label VGR a replacement for Legend of Neil. “Sandeep’s voice is truly unique, and Matt is doing something different with VGR. So it’s not a matter of plugging in one series to replace another,” added Roesch. “That said, Legend of Neil was a fantastic success and we do hope that VGR spawns a similar kind of passion among fans.”

Atom is also for the first time fully levergaing the network of sites under the MTV Networks umbrella, like the 6.6 million monthly uniques behemoth that is GameTrailers.com. While Atom series, like gamer-friendly LoN, have seen some promo time across the network, they have never fully released on the sister sites. “This will be the first time that a full series gets a simultaneous release on multiple sites,” pointed out Roesch. “We think it will work really well for VGR and expose the series to a broader audience of gamers plus comedy fans.”

“This is really the first time we are doing a scripted web series with a defined story arc,” GameTrailers’ GM Brad Winters told us adding that there are a handful of third party producers who create a series of regular standalone gaming culture and entertainment videos like Mega64, ScrewAttack and Hey Ash. “This content has come to be some of the most popular content on our site along with our original editorial as the big video game trailers become more commoditized,” added Winters.

Still, Roesch isn’t using the tentpole word in characterizing VGR on the current Atom slate. “Atom isn’t actually reliant on one tentpole series,” said Roesch. “At any given time it tends to have multiple properties that are generating interest. Last month, The Handlers series featuring Bryan Cranston was successful for us. Currently we are ramping up a series called My Anime Girlfriend, which has big talent, an interesting animation/live action format, and some interactive features in later episodes. Michael Showalter’s Project Top Chef Model, a promo parody, came out recently and did well.”

It may in fact just be too early to tell if this one can break out as the network’s biggest hit of the year. “If VGR causes a big stir, that will be fantastic,” added Roesch.

“I’m pretty sure we’re one of the only web series with a full pyrotechnics department and an aerial coordinator for helicopter shots,” added Lewis in reference to how he and his team treated this more like a TV shoot than spartan web shoot. If you ask us, this is the most ambitious new comedy we’ve seen out of Atom yet, and the early buzz is already brewing. 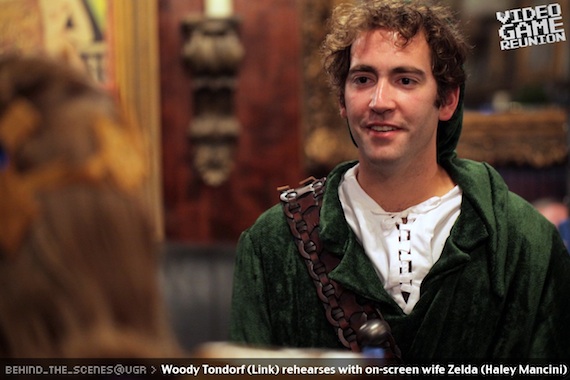 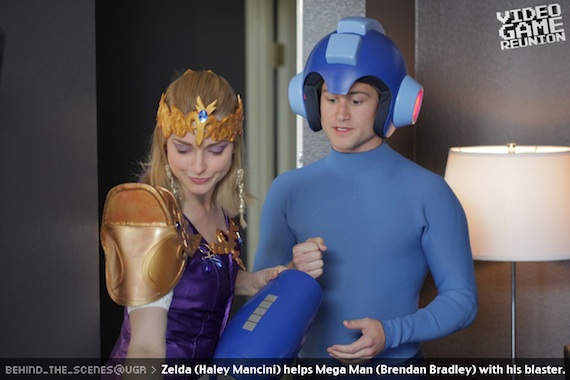 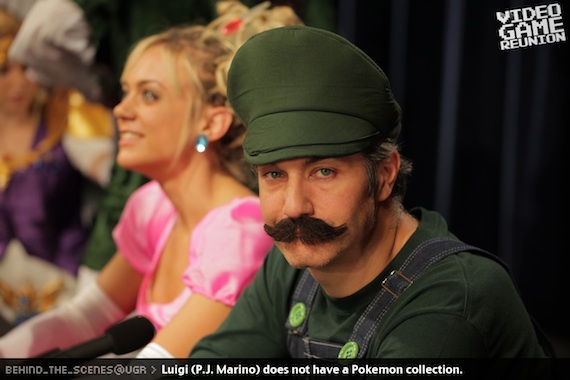