AOL Partners with Endemol, More Web Series in the Works 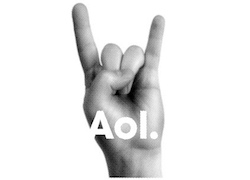 The production company behind television hits Deal or No Deal, Big Brother, and Jerseylicious (among many others), as well as web series Married On MySpace 1 & 2 and Coupon Mom will create programming targeted towards “AOL’s growing women’s audience” and the online destination’s 114 million unique monthly visitors.

AOL’s billing the first series to come out of the new partnership as “built-if-sold,” which means an advertiser will have to come on board for the programs to be produced and distributed. When that happens, AOL and Endemol’s initial two web shows will be:

I’ve said it before, but allow me to say it again: I told you AOL was going to get series about web series and online video.