‘The LXD’ Premieres on Hulu, A Blockbuster Has Arrived 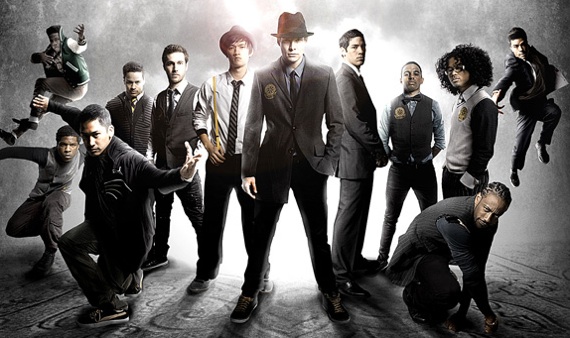 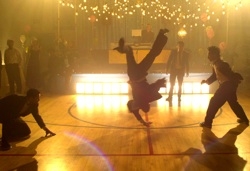 Remember that feeling two years ago when the first few seconds of Dr. Horrible’s Sing-Along Blog fluttered across your computer screen? It’s like that.

Today, after almost a year and a half in the making, countless articles building up to its online premiere, and even network TV appearances before even a frame had hit the internet, Jon M. Chu’s dance drama web series The Legion of Extraordinary Dancers (The LXD) bowed on Hulu today.

I’m not going to mince words here, this series is transformative. It sets a new bar for what to expect from an online series of any budget, shattering the tired misconception that online series are by definition inferior to film and TV. This one is instead a work of art—visually and emotionally as we are drawn into a masterfully constructed world filled with seemingly impossible dance moves that somehow are all 100% genuine. There are no stuntmen or wire work at play here.

For longtime web series viewers desperately awaiting the next Dr. Horrible, something so remarkably original it would become a bellwether of an entire movement, The LXD is 2010’s web blockbuster.

The 10-part first season premieres today with two episodes, or “chapters” (below), “The Tale of Trevor Drift” and “Antigravity Heroes.” Each one stands as distinct origin stories of the Legion, each discovering they possess extraordinary powers of dance. We’re introduced to each of these young dancers, and a mysterious outfit that recruits them known as the The LXD. If The Legion falls on the good side of these powers, then the lurking figure threaded throughout the first two is our villain, from an evil side of supernatural dance. It’s setting up for one hell of showdown.

The cast isn’t littered with the latest teen drama stars, and most of the names are only know to followers of underground hip hop dance. Luis “Luigi” Rosado, a Bboy dancer, plays outcast Trevor Drift and Chadd “Madd Chadd” Smith, a popper, stars as fallen soldier Sp3cimen And if it weren’t for the breakout success of FOX’s Glee, many wouldn’t have heard of dance phenom Harry Shum Jr. who plays Elliot Hoo and also serves as one of the show’s lead choreographers.

Do yourself a favor, click play right now and hit fullscreen, as this is a web series meant for every pixel of your monitor, and then some.

Chu and company just wrapped shooting of the show’s second season with a third planning to shoot later this fall.
Want more on the The LXD? We’ll have a one-on-one interview with creator-director- Jon M. Chu later today.