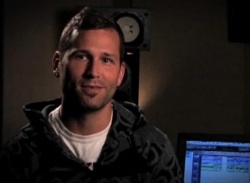 KASKADE, the music producer/remix artist (neé Ryan Raddon) is profiled in the latest episode of  music doc series The Craft which came out today from husband and wife creators duo Trevor Smith and Stephanie Luciano-Smith. [KoldCast]

Yellow Line Studio announced it is premiering its first original web series on Friday,  BUMP+,  which follows three women facing unintended pregnancies. The thirteen-episode documentary series from creators Christopher Riley and Dominic Iocco aim to show both sides of the hot-button abortion debate. “Each woman has her own reasons for accepting a reality show producer’s invitation to chronicle the very personal journey toward a decision about her pregnancy.” (Trailer below.) [BUMP+]

Yale University released a scripted music video (below) “That’s Why I Chose Yale” from its official YouTube channel this week. The video has already racked up over 160,000 views, though sadly comments and ratings have been disabled, hinting that the Ivy League stalwart might not be ready for YouTube’s huddled masses. 2006 Yale graduate Andrew Johnson, a Yale admissions staffer created the video, which stars more than 200 Yalies singing and dancing. [Washington Post]