Australia hasn’t been shy about joining the web series movement over the past year, with several original Aussie-made web series making waves on this side of the world including OzGirl and The 21 Conspiracy. Now a new Sydney-based web production studio has launched, dubbed Pixel8, and it not surprisingly has ties to Nick Carlton’s OzGirl. Its founder James Grant Hay, who also founded branded entertainment shop InShot 2.0, served as the branded integrations producer for the ITVFest-winning series.

Though independent of InShot, which is known for integrating brands into film, TV and web shows, it’s likely the two companies will be working together. “This is a logical step for ourselves and that of our advertising clients, who increasingly have come to expect custom-based branded entertainment solutions from our agency,” said Pixel8’s Grant Hay. 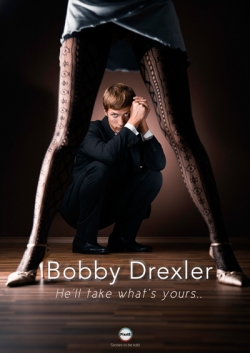 First up for Pixel8 is an interactive thriller web series, BobbyDrexler. “BobbyDrexler is a dark sardonic character driven piece about a career identity thief who preys on the wealthy. Think Kevin Spacey and you have BobbyDrexler,” said Grant Hay. Right now the series is still “in early development for 2010,” according to Pixel8.

Despite its Australian backing, the setup for the series is incidentally an American story:

BobbyDrexler is a 12-part online interactive web series thriller told through the eyes of Bobby Drexler, a 35 year-old male clerical worker from Upstate New York who skilfully preys upon the super rich in order to advantage his own lifestyle and those less fortunate through the misappropriation of private information gained through his departmental position. It is a sardonic look at the role of social justice, in an age of big government and corporate collapse in modern America.