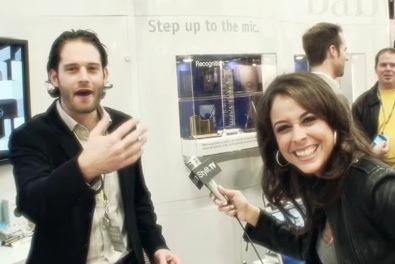 We’ve been fans of the concept behind Stylit.TV since it launched earlier this summer. A blend of web series with trendy products e-commerce site, the young startup is trying to build its audience by giving people what they love—lots of high-end gear. Until now, that’s basically meant designer fashion loot scored from gift bags at celebrity events given away via their first series, Gift Bag Robin Hood.

Today the site is launching TechStyle, fulfilling the technophile’s gift bag fantasy. It’s part high-life voyeurism—seeing how the tech elite are hooked up at major events like MacWorld—and part contest as viewers bid points to try to win the actual gear from the episodes.

For the launch of the series, the Stylit.TV team scored internet and tech personality Shira Lazar to guest host. They also found distribution of sorts by teaming up with popular Apple blog TUAW.com to promote the series. There’s one more MacWorld episode coming out after Labor Day and Stylit.TV founder Ken Feldman tells us the plan is to eventually run this as a weekly show.

In total the items up for grabs add up to around $1300 and there’s plenty of trendsetting gadgets on the list, like a $149 1GB Pulse Smartpen from Livescribe (note: I really want one of these). Anthony Dalesandro, Stylit.TV’s Chief Creative Officer said future episodes of the series will move to being centered around one product, giving a more in-depth look at it rather then quick clips of each one.

Dalesandro, who directs all of the web series, says the concept is catching on in terms of access to event, particularly with their flagship Gift Bag Robin Hood. “Already the paradigm is shifting,” said Dalesandro, “people are calling us and asking if we’re going to be at their gifting suite.”