We got an early teaser (above) of new thriller web series Compulsions, which is still in post-production. This one piqued our interest early, with a few notable web series names in the mix. Stars Craig Frank (The Crew, Private High Musical) and Annemarie Pazmino (Sorority Forever) are recognizable to web fans. And as of now, the only other announced cast member is Janna Bossier. A few other recognizable faces make an appearance but are being kept under wraps.

The basic setup is that even completely normal people have hidden and often dark desires, or compulsions, that are kept inside and never acted upon. Of course it would be a lot more interesting to find out what would happen if they did act upon them. And that’s where this series picks up. Three leads, three different compulsions. One of them is sadism.

Writer-creator Bernie Su said they are “trying to push the level of web drama to another level, one that is sophisticated and thematic with different levels of character development.” He went on to tell me that much of  the dramatic series out there online aren’t clicking with viewers because they often drop the ball in some key pieces of the puzzle. 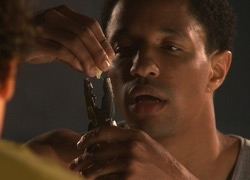 “In drama you have to execute on every level, unlike comedy which tolerates lower production values,” said Su. “They either do too much with too little or too little with too much.” Su and his team are hoping to land somewhere in the middle of those two, telling their emotional story within the confines of limited budget and resources.

Su and producers Michael Tohl tapped an experienced crew to help pull this off. One of their first scores was veteran producer Robert Grand, who had line produced big-budget films like The Fugitive and Star Trek: Generations. Also brought on was AFI-trained director Nathan Atkinson and DP Jason Raswant.

Su noted that they are beginning talks with distributors, even considering releasing the series as an interstitial series on a cable network. We’ve seen a few of these micro-series nestled within commercial breaks before, and TNT had some luck wooing sponsors for them last fall.

“There’s very few web series that can draw in a TV audience,” added Su. “We think we can be that series.” 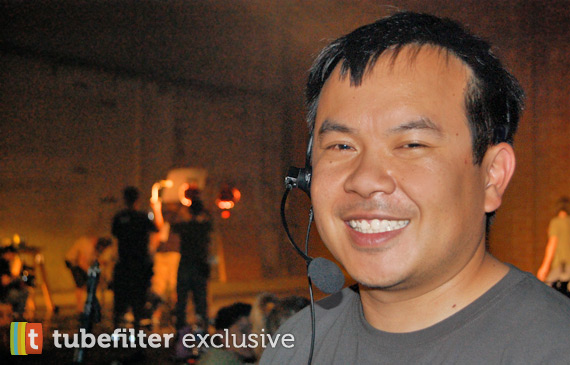 Series creator Bernie Su on the set of Compulsions