Star Trek's Nichelle Nichols to Star in 'The Cabonauts' 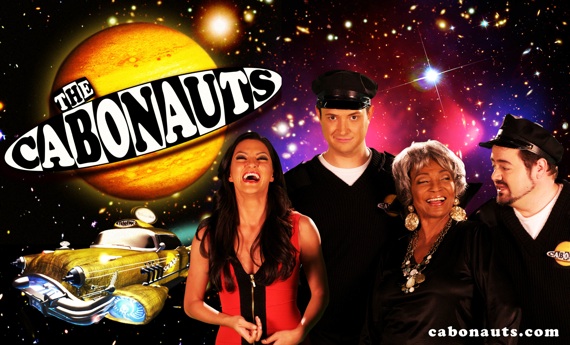 More news on the casting front for Hayden Black’s sci-fi musical romp The Cabonauts. Longtime Star Trek star Nichelle Nichols will be joining the cast as a series regular. Known largely for her role as  Lt./Cmdr. Uhura in both the original TV series and follow-up film versions, Nichols is also quite the singer.

This should come in handy in the series, which is set in an intergalactic space taxi in what Black and crew are promising to be a full-on “singing and dancing” musical. Nichols is slated to be in every episode joining fellow singing cast members Black, Norm Thoeming and Monica Young. The first of three behind-the-scenes interviews with Nichols is posted on The Cabonauts site: 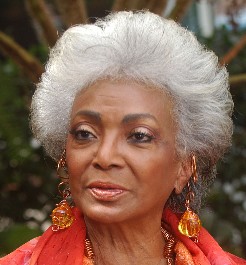 “When I read the beautifully written, comical, futuristic script for The Cabonauts, I thought that whoever wrote it was crazy and I couldn’t wait to be a part of it,” said Ms. Nichols in a release. “I love the sheer nonsense of it – we’re in a seemingly normal situation then suddenly break out in crazy song. It’s such fun and so smart, with elements in it that you have not seen before on screen, and I think it can’t miss.”

“Getting Nichelle on board is the thrill of a lifetime,” added Black. “She’s a gorgeously talented, brilliantly gifted actress who elevates the show to a whole new level. We think her fans from her Star Trek days and beyond will love her character CJ in The Cabonauts, especially CJ’s dead grandmother whose clone brain sits on CJ’s desk, doling out unwanted advice.”

The series is slated for release later this year as part of an exclusive distribution deal with Dailymotion, which locked up one-month exclusive on new episodes. We’ll be tracking news on the series as it progresses but fans can also follow the show’s Twitter – @thecabonauts.

Creator-star Hayden Black will be speaking at the Tubefilter Web TV Meetup on July 16th, sharing insights on making the series from financing, production, casting and some more on what to expect from the Cabonauts debut season.