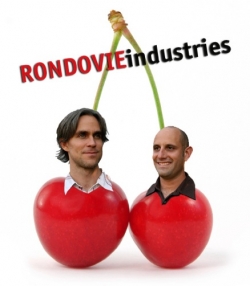 B&C is reporting that Comedy Central has ordered an 11-minute pilot based on the Secret Girlfriend web series from FremantleMedia’s AtomicWedgieTV. Created by Rondovie Industries — Jay Rondot and Ross Novie, the creators of The Rascal and Space is the Place, the series features an adorable and possibly “unstable” girl gabbing to the camera about her relationship. There’s a new girl every few videos, letting you break up with one and move on to another, so to speak.

The TV pilot will grab from the original series, though apparently more from the male perspective following the “a twentysomething guy and his slacker friends, ‘living the dream’ in the pursuit of sex, beer and more sex.”

If it’s picked up, it will be the first time Comedy Central has ventured into the 11-minute program length, taking a nod from competitor Adult Swim’s shorter-form time blocks. Comedy Central’s Atom TV block on Monday nights, which features web content sourced through Atom site, still stands at the half-hour length despite being a collection of short web videos and series.