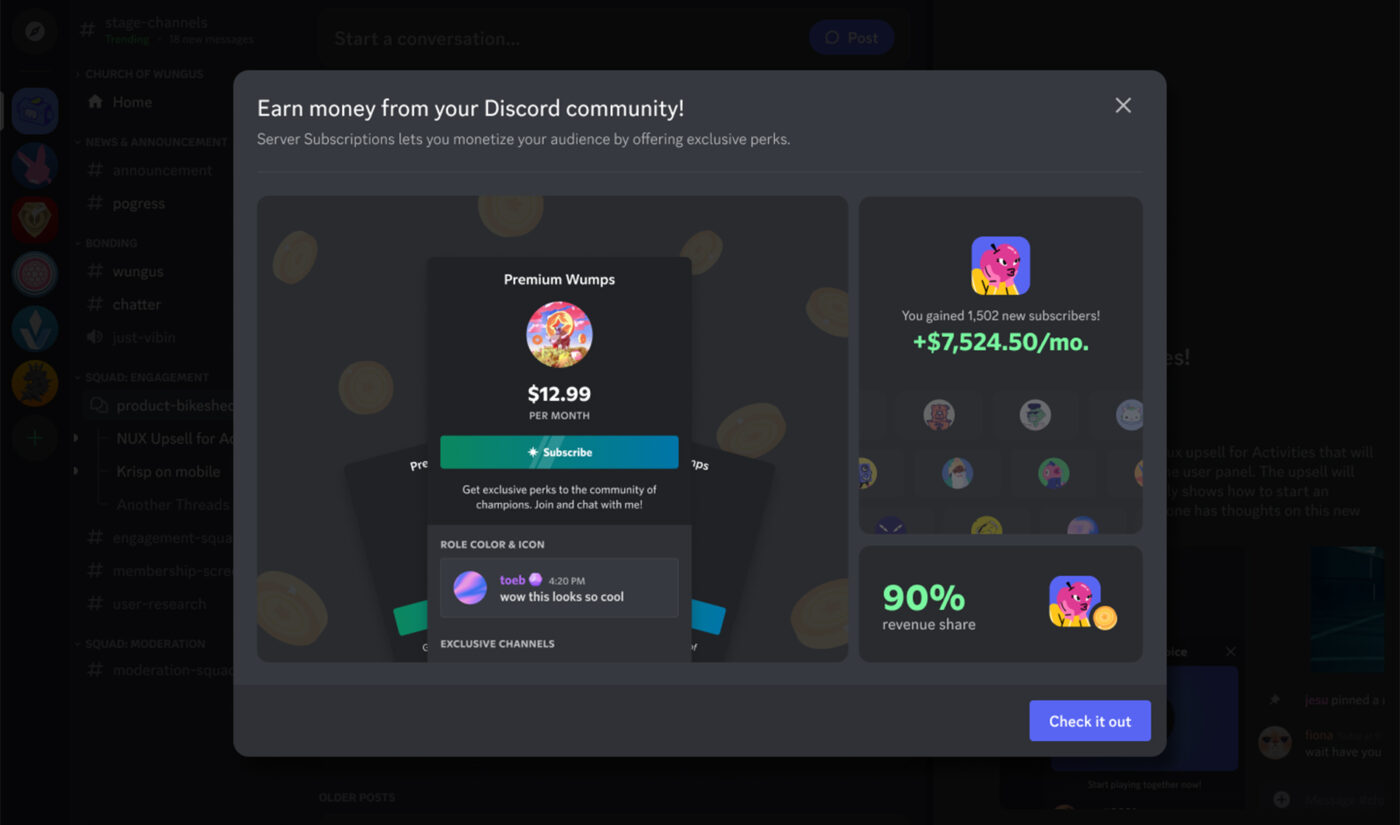 Over the past year, Discord has been testing creator monetization through what it called “Premium Memberships“–a monthly paid tier similar to channel memberships and subscriptions on platforms like YouTube and Twitch.

Now, it’s renaming the feature from Premium Memberships to Server Subscriptions, and launching them to all eligible servers with owners based in the United States.

“Whether it’s a Discord server dedicated to the work of a certain content creator or a community that gathers around a particular topic, these server owners take their time to facilitate conversation, connection, and creativity in their environments,” Discord said in a blog post about Server Subscriptions. “Now, it’s time to support them back.”

Just like with Twitch and YouTube’s features, Server Subscriptions lets server owners charge members of their communities for perks like access to VIP chat channels, unique roles/titles within servers, extra content, and a set of subscriber-only emojis Discord introduced in June. 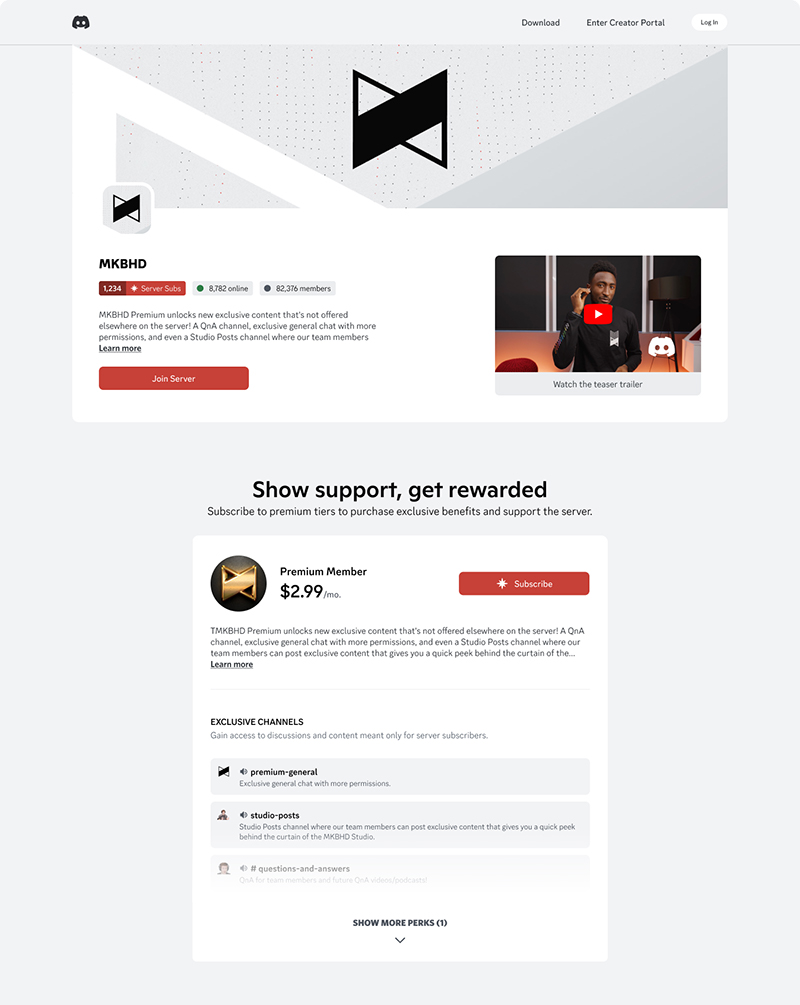 Server owners can customize up to three different membership tiers, and charge subscribers anywhere from $2.99 to $199.99 per month, per tier. They keep 90% of what subscribers pay; Discord takes the other 10% as its cut.

To get server owners up to speed with using subscriptions, Discord dropped an example: Bella Poarch, it says, is currently using Server Subscriptions to charge members of her community $2.99 a month for an exclusive monthly video and server features like the ability to create public threads; $4.99/month for “exclusive voting rights on polls and early access to future merch drops” (plus everything from the $2.99 tier); and $9.99/month for “never-before-seen behind the scenes content,” plus all lower-tier perks.

Discord is also introducing a new Creator Portal it says is a “one-stop-shop to educate creators on how to leverage Discord, use it as a source of recurring revenue and give them the tools they need to build a thriving community.”

And, to help creators promote their Server Subscriptions, it’s putting out Promo Pages, a tool that’ll allow server owners to “create a sharable webpage to promote all your Server Subscription has to offer, even outside of Discord.” (You can see Marques Brownlee‘s embedded above.)

Server Subscriptions are available to all servers that, as we said, have owners based in the U.S., so long as those owners are in good standing with Discord (meaning no “recent” TOS or Commmunity Guideline violations) and have agreed to the new monetization TOS and Server Subscriptions policies.

“We can’t wait to see creators and communities establish their subscriber offerings and grow their communities thanks to the additional income and support,” Discord said.