The Try Guys are going live—without a recipe 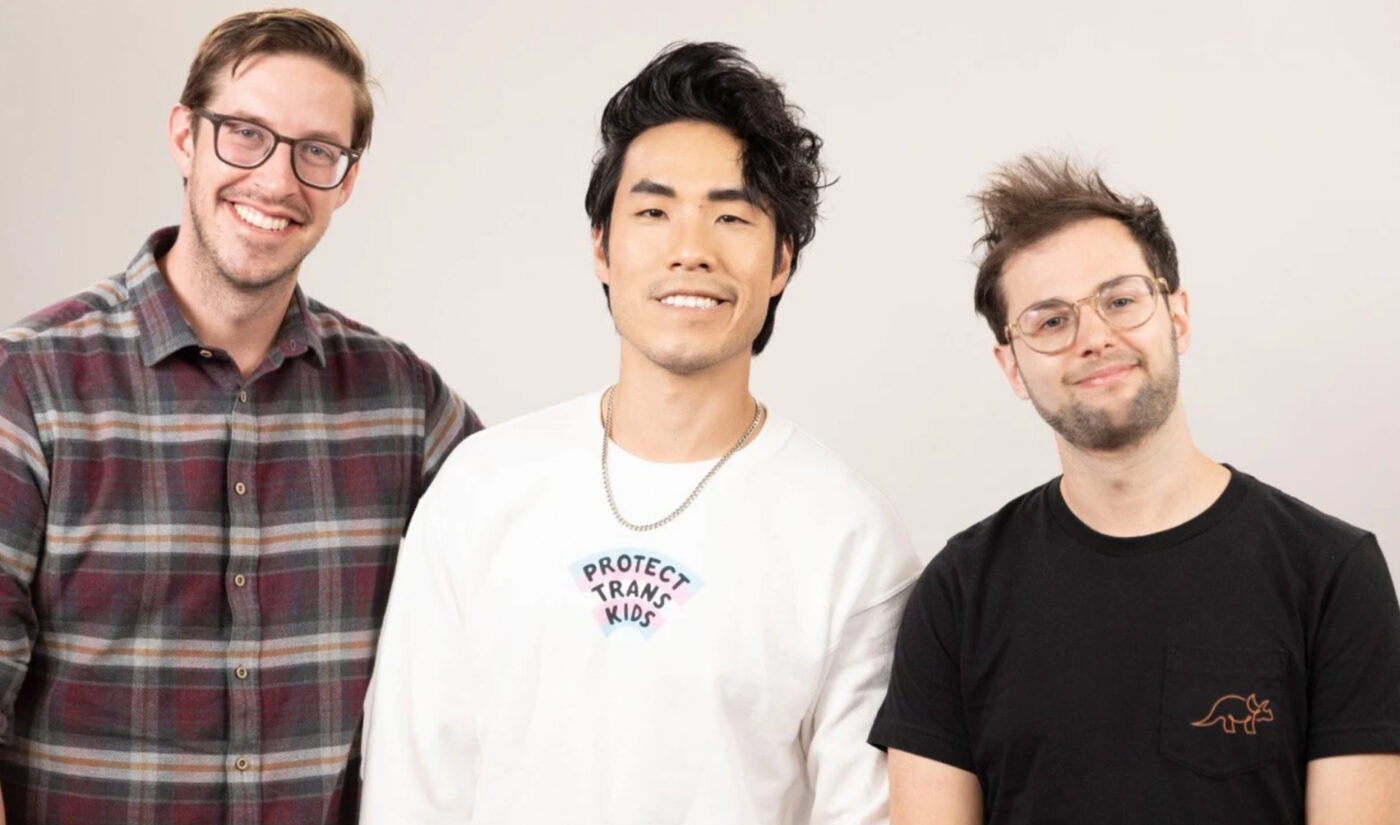 The Try Guys are going live.

In their first event following the ousting of Ned Fulmer, the now-trio Keith Habersberger, Zach Kornfeld, and Eugene Lee Yang will cap off this season of culinary chaos series Try Guys Without a Recipe in a live cook-off.

Habersberger, Kornfeld, and Yang will go head-to-head Dec. 17 to see who can make the best churro with no recipe—just a chef’s demonstration to model after. Unlike previous Without a Recipe competitions, which had winners declared by panels of judges, this one will crown its champion based on real-time votes from live viewers.

Those viewers will pay between $19.99 for a basic ticket and $49.99 for a “VIP bundle” with access to a post-show stream and a limited-edition T-shirt. The whole production is being broadcast by Kiswe, a New Jersey-based interactive video company founded in 2013.

The Try Guys have done live in-person events before, but this is their debut live digital broadcast. It’s billed as a “two-hour wild ride through the Try Kitchen.”

The penultimate episode of Without a Recipe‘s current season, where Fulmer (who came in last) was covered up by a very large, very pink elephant.

In an interview with The Hollywood Reporter, Kornfeld said shows like Without a Recipe are “as good as anything on broadcast TV. That’s our real, honest opinion.”

“Our primary focus right now for the [YouTube] channel is to continue to elevate what we make,” he said. “We want it to not feel like content. Content online is something that passes through you. You watch it, you forget it. It’s fun, it’s fine. We’ve made content for a long time out of necessity. But as we look forward to the future, I think it’s time to really focus in on what we do best and what makes us happiest—just making these high-tier shows.”

He added that “as we move forward, we’re interested in exploring all different types of media.”

You can see ticket info for the Without a Recipe finale here.