What will be monetized with Linktree’s new feature? Almost everything. 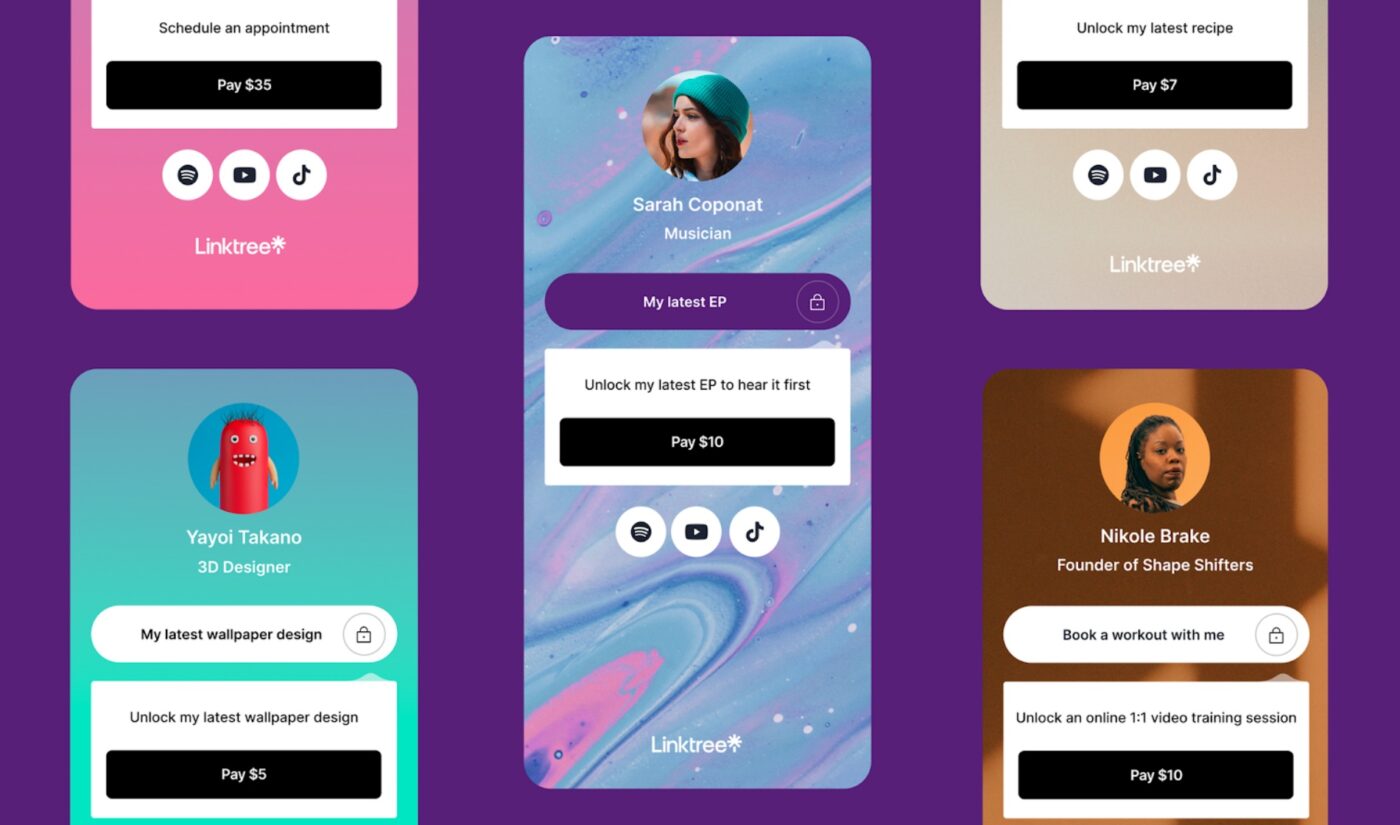 Linktree users can now put up paywalls. The company known for its links-in-bio has announced Payment Lock, which is in beta and can be used to monetize Linktree URLs.

Payment Lock can support multiple revenue streams, each of which is attached to a specific link. Anyone who clicks that link will be prompted to pay a price, which can be set anywhere between $1 and $150. Linktree isn’t selling subscriptions, so customers will meet a paywall every time they click.

In an introductory blog post, Linktree suggested a few potential use cases for payment lock. Users can “monetize access” by selling albums or videos, or they can “monetize knowledge” by keeping prized recipes or workout plans behind paywalls.

Payment Lock offers an alternative to subscriptions, which unlock paywalled privileges on specific platforms. Linktree’s take on exclusivity requires less commitment from customers. After rebranding itself earlier this year to emphasize its focus on connection, the six-year-old company is trying to build a central hub for premium purchases.

Payments weren’t built into the original infrastructure of the internet, so advertising became the primary way to make money online,” reads Linktree’s blog post. “Creators with modest followings thus often find it difficult to make money from their fans. Enter Linktree’s Payment Lock. With a Starter, Pro, or Premium account, you can now sell almost anything in seconds.”

Linktree users will be notified whenever one of their fans opens up a Payment Lock. The company’s links-in-bio typically connect social media profiles to a customized landing page that links out across the web.

Though Payment Lock will generate more revenue on a lot of those URLs, there are some restrictions. For example, as per Linktree’s Community Standards, adult content cannot be sold behind a paywall. So even though Linktree has undergone a rapid expansion, it’s not trying to compete with the likes of OnlyFans just yet.