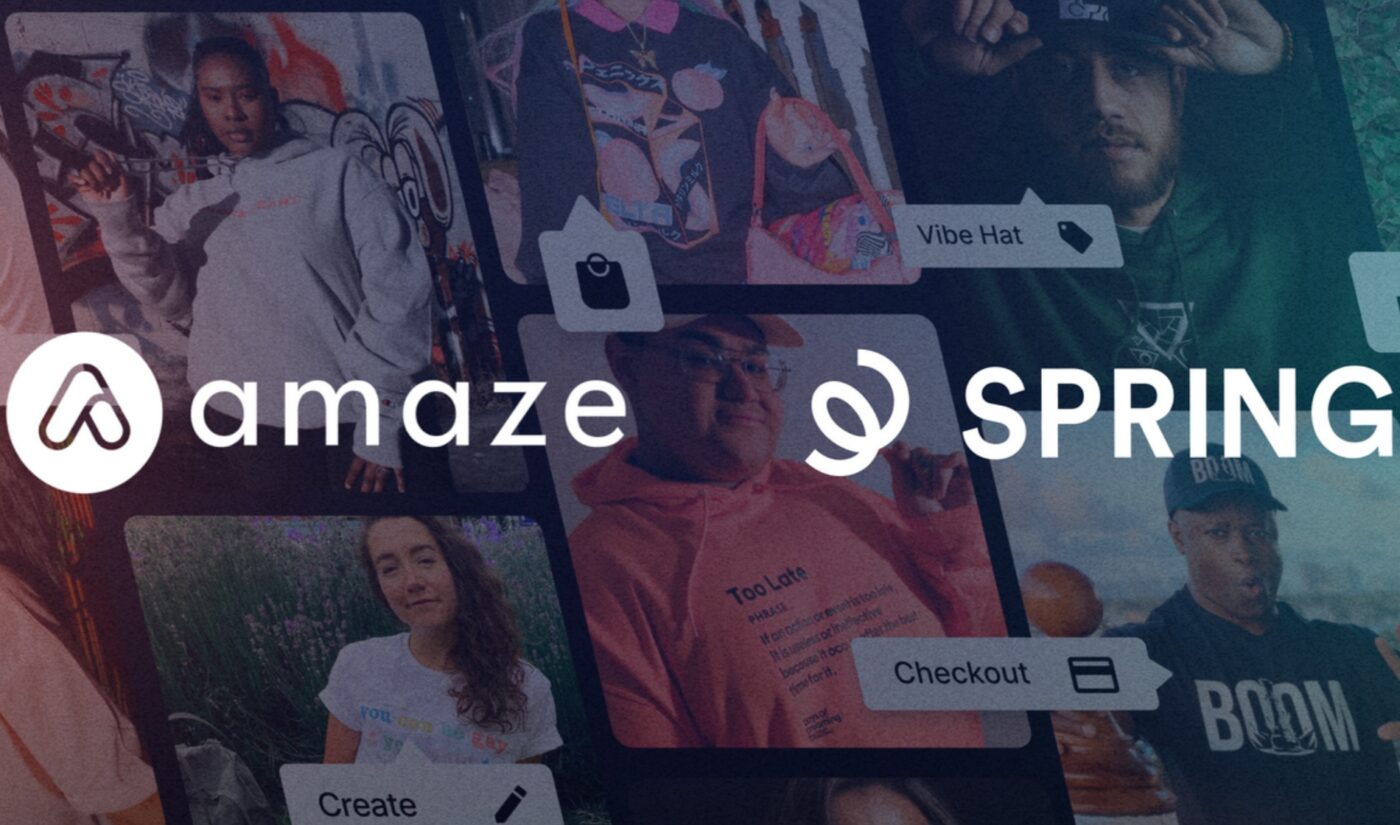 Amaze has acquired Spring for an undisclosed sum. Through the deal, which unites two companies active in the creator economy, Amaze will bolster its leadership team and build “authentic, shoppable experiences” for its customers.

In a blog post, Amaze credited CEO Aaron Day for “spearheading” the deal. “This acquisition will accelerate Amaze’s ability to enable creator success and monetize their passions,” reads the post. “Pairing Spring’s 5.5M new creator stores with the leadership team’s vast social commerce, merchandising, and marketing experience–hailing from the likes of Adobe, Meta, Roblox, and Walmart–Amaze now has the ability to bring even more value to the creator economy.”

Amaze is best known for its landing pages. Its customizable websites are frequently used as destinations for links-in-bio on social media accounts. By acquiring Spring, the 11-year-old company will expand its presence in a different sector of the creator economy. Spring, formerly known as Teespring, has built out an array of ecommerce, link-in-bio, and Web3 services. Creators who have built stores through Spring range from first-time merch vendors to exclusive clients like Moriah Elizabeth.

Post-acquisition, Amaze’s top roles will be filled by executives from both companies. Day will remain CEO, with Spring CEO Chris Lamontagne serving as President. Annelies Jansen, a Facebook alum who became Spring’s President and COO earlier this year, will become Amaze’s Chief Business Officer. Other C-level positions will be filled by Amaze execs Laura Haines (who is Chief Product Officer) and Amelia Shepard (Chief Marketing Officer).

The acquisition comes about one year after The Information reported on Spring’s plans to pursue an IPO. The 11-year-old company surpassed $1 billion in total sales in 2019.

Amaze is supported by six rounds of venture capital, including a $20 million Series B in 2014. It has raised more than $41 million to date.