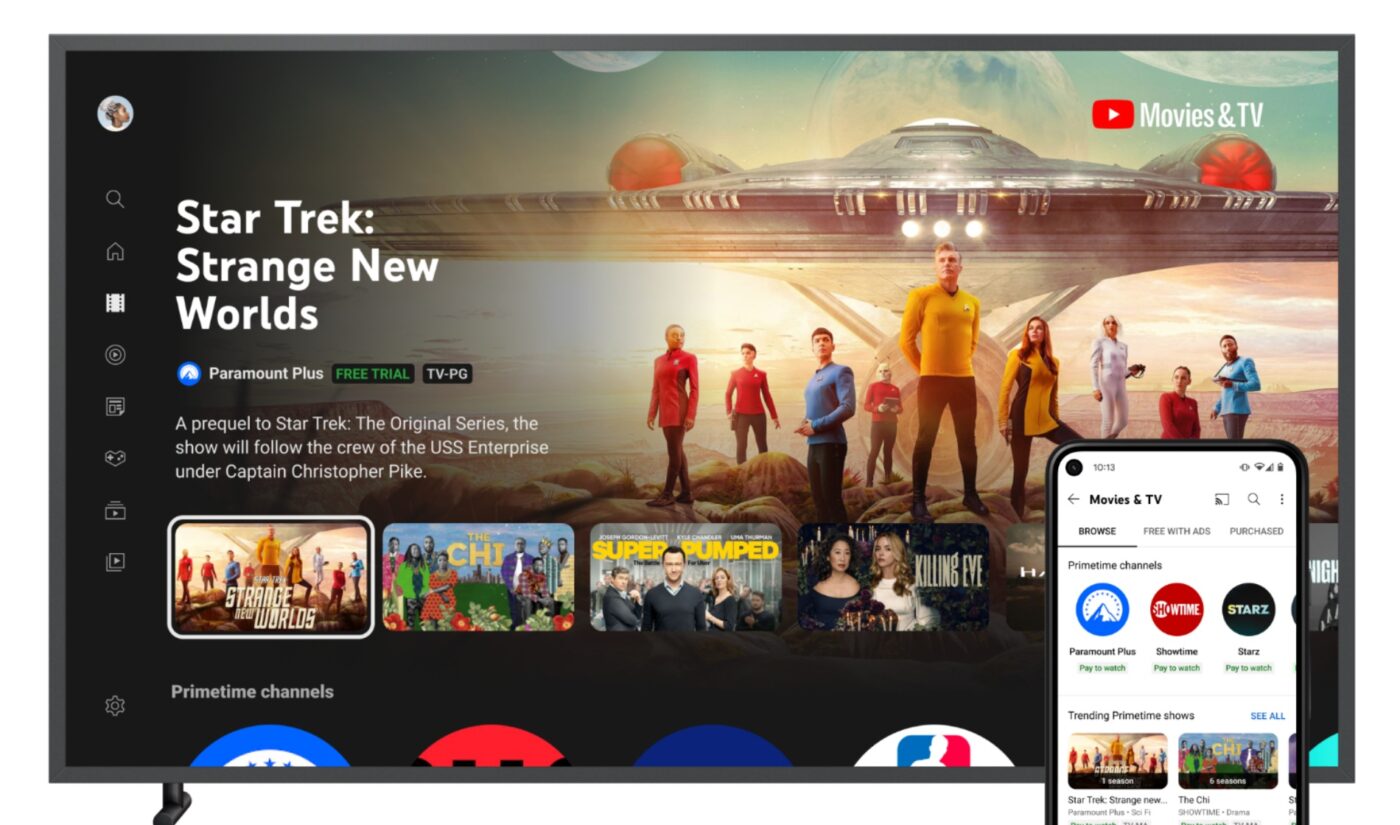 YouTube just found another way to increase its presence on TV screens. It has announced Primetime Channels, a one-stop shop where visitors can purchase individual subscriptions for services like Showtime, Starz, Paramount+, and AMC+.

At launch, more than 30 services are reaching customers through Primetime Channels. The available channels have been collected on YouTube’s Movies and Shows hub, where visitors can purchase subscriptions, films, and series a la carte.

In a blog post, YouTube described the current iteration of Primetime Channels as an “early version” that is only available in the U.S. At a later date, YouTube plans to add more subscriptions to its roster, and it could expand Primetime Channels to other regions as well.

“We are excited to expand our partnership with YouTube to offer customers of Paramount+ another way to stream the content they love,” said Jeff Shultz, Chief Strategy Officer and Business Development Officer at Paramount Streaming, in the introductory blog post. “This new feature gives us the opportunity to expand our presence on YouTube, broadening our reach and giving consumers even more choice when it comes to streaming the best in entertainment.”

YouTube has been rumored to be building a “channel store” for months. Back in August, the Wall Street Journal wrote that the product now known as Primetime Channels had been in the works for 18 months. By offering individual subscriptions through a centralized shop, YouTube is competing with Amazon, which delivers a similar experience via its Prime Video Channels hub.

Like Prime Video Channels, YouTube’s Primetime Channels is missing some of the most coveted subscriptions in the streaming industry. If you want to buy Netflix, Peacock, or Apple TV+ through the Movies & Shows hub, you’re out of luck — at least for now.

Primetime Channels makes up for its patchy lineup by delivering integrations with YouTube content. Each user’s YouTube searches and algorithmic recommendations will be updated to include content from their active Primetime channels. Those results will appear next to videos from creators, which will supplement subscriptions by adding bonus content. The YouTube blog post suggested that Primetime users could visit Nerdist to analyze a hit show from Showtime or head to Trixie Mattel‘s channel after watching RuPaul’s Drag Race on Paramount+.

By aggregating subscription services, YouTube is hunting more TV viewership than what it already receives. At its most recent Brandcast, CEO Susan Wojcicki said that her company reached over 135 million people on connected TVs in the U.S. in December 2021.