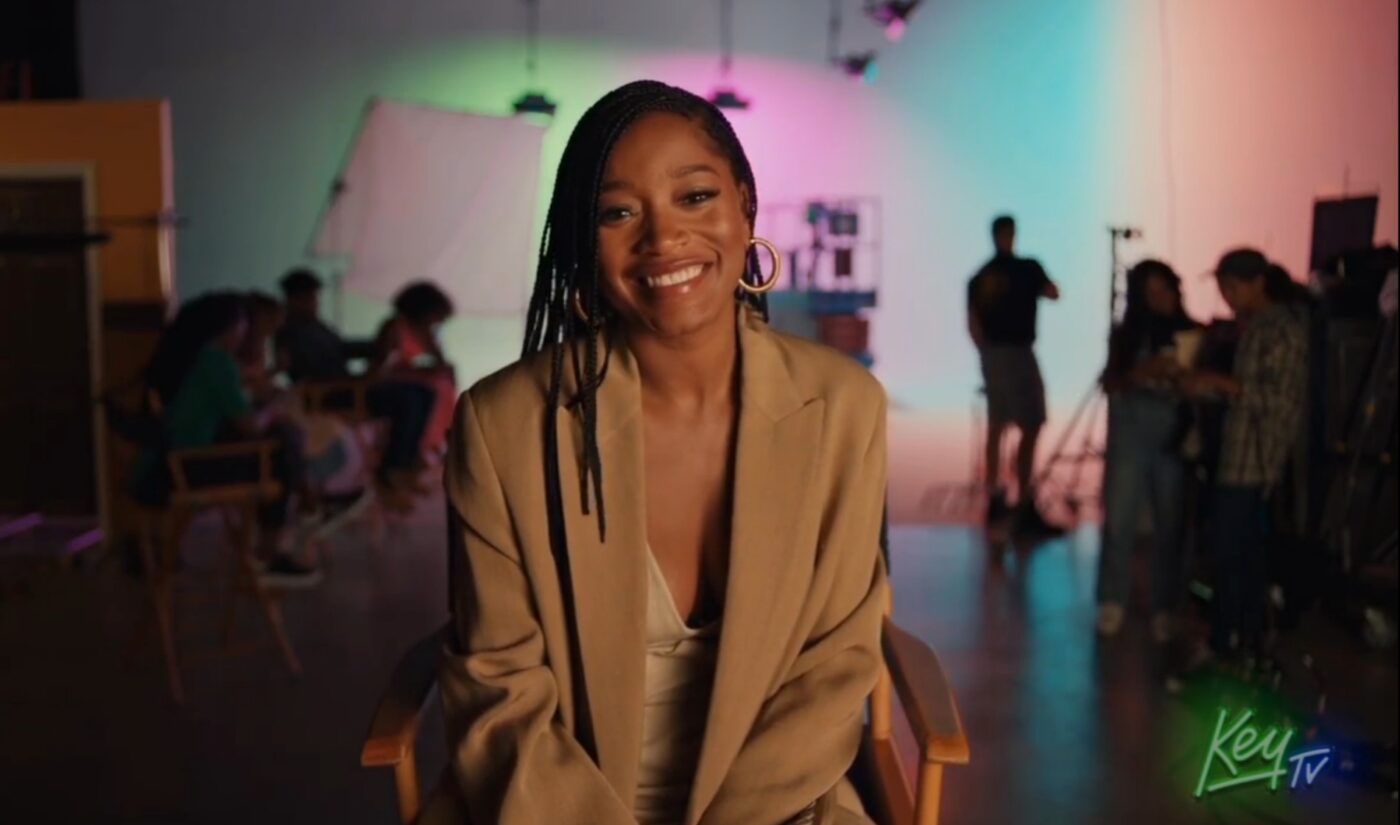 Keke Palmer has starred in Hollywood films like NOPE, released four albums as a solo artist, and hosted multiple talk shows. For her next move, the hard-working multi-hyphenate is headed to YouTube.

Palmer is the driving force behind Key TV, a digital network that has taken over her personal YouTube channel. With her new venture, the talented 29-year-old is looking to support young, diverse creators by providing opportunities on both sides of the camera.

Key TV will serve as a platform “where our stories matter and where we are represented as the keys to the culture,” according to a video shared on Palmer’s social channels. The Emmy winner introduced herself as Lauren Palmer to signify that this idea is older than her professional identity. In fact, Key TV is “20 years in the making,” dating back to Palmer’s childhood in Illinois.

Palmer is hoping that her star power will create opportunities for the “new generation of creators” that will be featured on Key TV. “I want to share everything I learned with you, because this is my greatest dream of all,” she said in the introductory video. “All it takes is one of us to unlock a door to unlock a million doors for each other.”

An important aspect of Key TV is its commitment to incubating diverse talent across all phases of the creative process. Palmer is best known as an actress, but she speaks proudly of her experience as a musician and writer. In a video, she encouraged up-and-coming creators to harness the power that can be found “behind the screen.” She called out production designers, sound mixers, key grips, and production assistants as some of the professionals who will have a home on Key TV.

By using her clout to lift up creators from underrepresented backgrounds, Palmer is entering a space where major tech companies have been quite active of late. YouTube has supported creators of color through its Black Voices content slate, and Snapchat’s Black creator incubator has committed $10,000 monthly grants to 25 recipients.

The Key TV channel, which already hosts Palmer’s music videos and web series, has about 750,000 subscribers. The network’s first wave of projects will be announced at a later date.