YouTube is rolling out its tip jar on Shorts 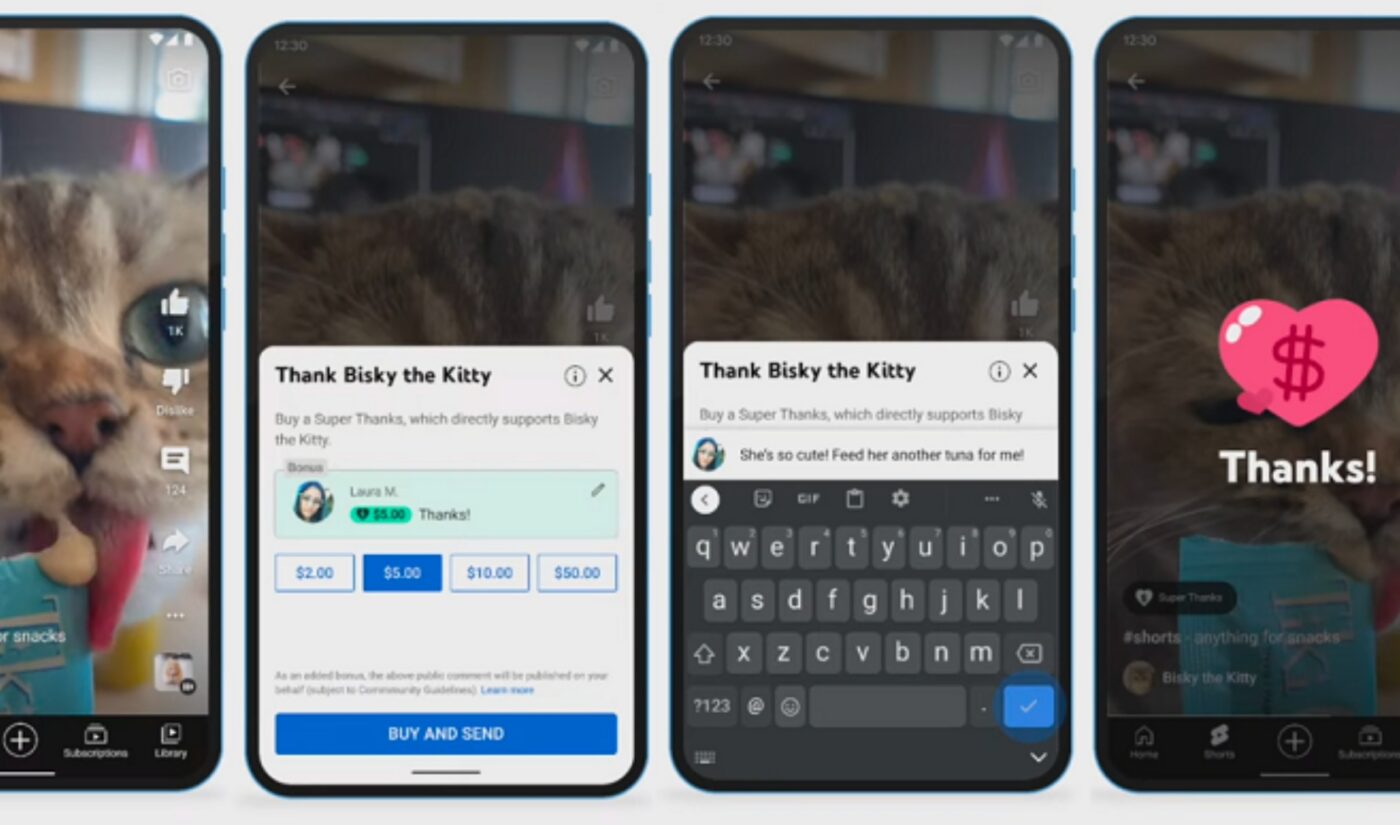 YouTube is making sure that its TikTok competitor has no shortage of monetization options. Days after the Google-owned platform revealed that it will start running ads on YouTube Shorts in 2023, it announced a beta test for the Shorts version of its “tip jar” feature, Super Thanks.

Viewers can use Super Thanks to show their appreciation for their favorite videos and creators. The feature was first introduced in 2020 under the name Viewer Applause, and it was rebranded to Super Thanks a year later. Users choose from a menu of fixed tip amounts, ranging from $2 to $50. These contributions are highlighted in the comment sections of the associated videos.

YouTube’s introduction of YouTube Shorts ads briefly mentioned the short-form version of Super Thanks. A press release from the company noted that its Partner Program would be adjusted to give more creators access to secondary monetization features. You can head to this page to check if you’re eligible for Super Thanks.

Now, a video on YouTube’s Creator Insider channel has provided more details about how Super Thanks will work on Shorts. According to the update, a “subset of creators who already have Super Thanks enabled” have been granted the opportunity to beta test the feature on their short-form content. Additionally, the ability to purchase Super Thanks on Shorts will be limited to “a subset of viewers.” A wider rollout is planned “in the coming months.”

Once Super Thanks is fully rolled out on Shorts, YouTube’s tipping features will be available on short-form content, long-form videos, and live streams. The first two formats are covered by Super Thanks, while the third offers a similar option called Super Chats. YouTube is wise to improve monetization options across its platform, since it is urging creators to adopt a “multiformat” approach to their careers.

Virtual tip jars are not unique to YouTube. Other social media platforms, such as Twitter, TikTok, and Tumblr, have introduced similar features.

Hopefully, Super Chats will establish itself as a secondary revenue stream on Shorts once ads arrive on that format next year. However, Super Chats took years to move from initial rollout to widespread availability, so micro-video creators may need to be patient if they hope to rake in tips.