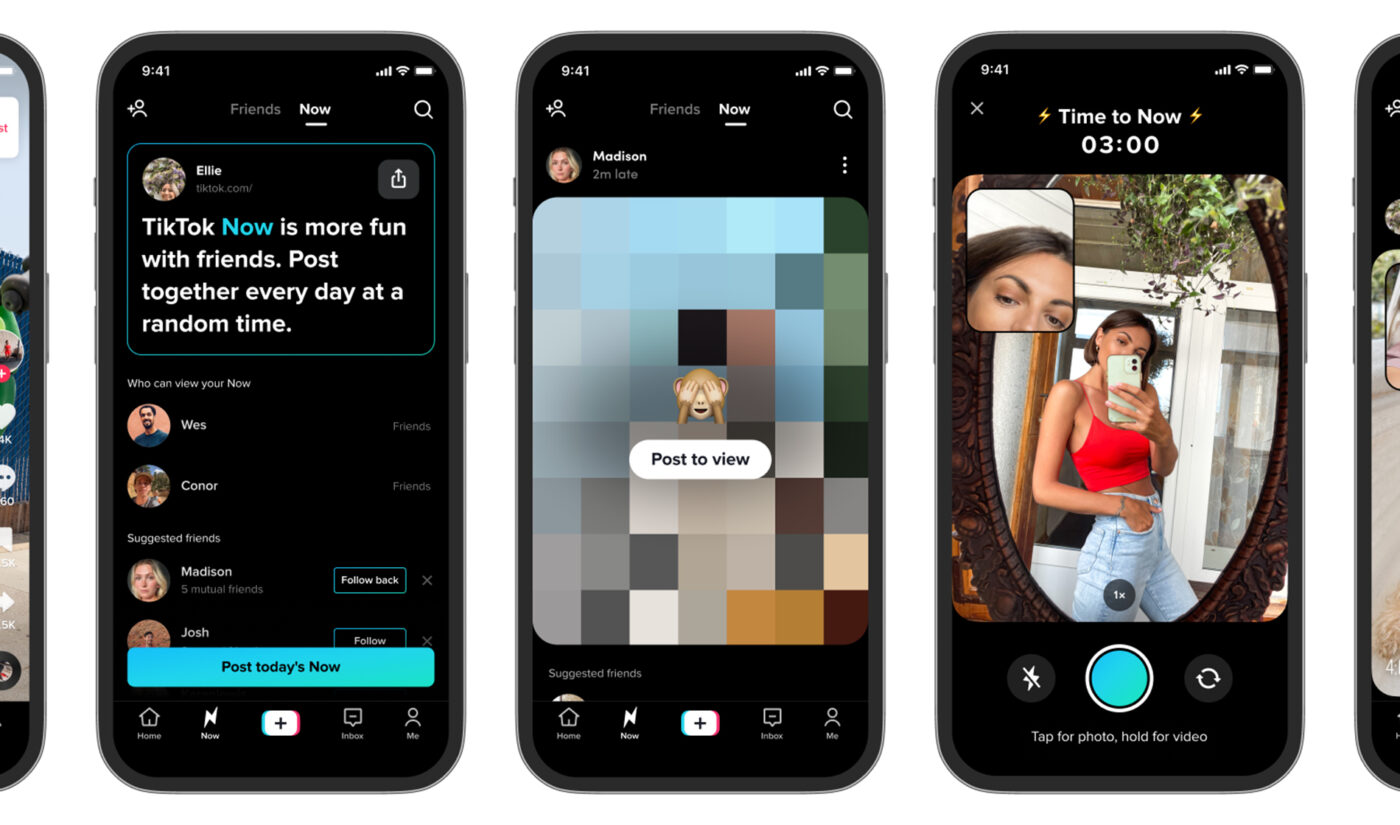 The platform today launched TikTok Now, which it pitches as “a daily photo and video experience to share your most authentic moments with the people who matter the most.”

Basically, it’s a once-a-day prompt that pushes out to users and asks them to post either a 10-second video or a photo of themselves in response. That photo or video will be filmed with the phone’s front- and back-facing cameras simultaneously, with the results combined into one photo/video.

If that doesn’t sound familiar, you don’t use BeReal. That app launched in 2020 and reportedly hit 10 million daily active users last month. Its entire conceit is sending out prompts that require users to post in-the-moment photos—taken simultaneously with both the front and back cameras, so viewers can see the users and their surroundings—within a two-minute time limit to encourage “authenticity.”

Seems like TikTok wants to ride that train too.

The point of TikTok Now, it said in a company blog post, is to “foster authentic and spontaneous connections on TikTok,” and to “[bring] the authenticity of TikTok to a whole new creative experience that connects you with those closest to you.”

To keep things friend-exclusive, TikTok is limiting engagement on people’s Now posts. Only mutual followers—that, is someone who follows you and you also follow them—can comment on each other’s posts. Users can also choose whether only their mutual followers can see their posts, or if everyone “in your area” can see them.

Users in the U.S. have access to TikTok Now, er, now. The platform says it’ll be experimenting with TikTok Now over the next few weeks, and that in regions outside the U.S., “TikTok Now may be available as a new TikTok Now app.”

Snapchat also recently introduced a dual camera feature, and so did Instagram.