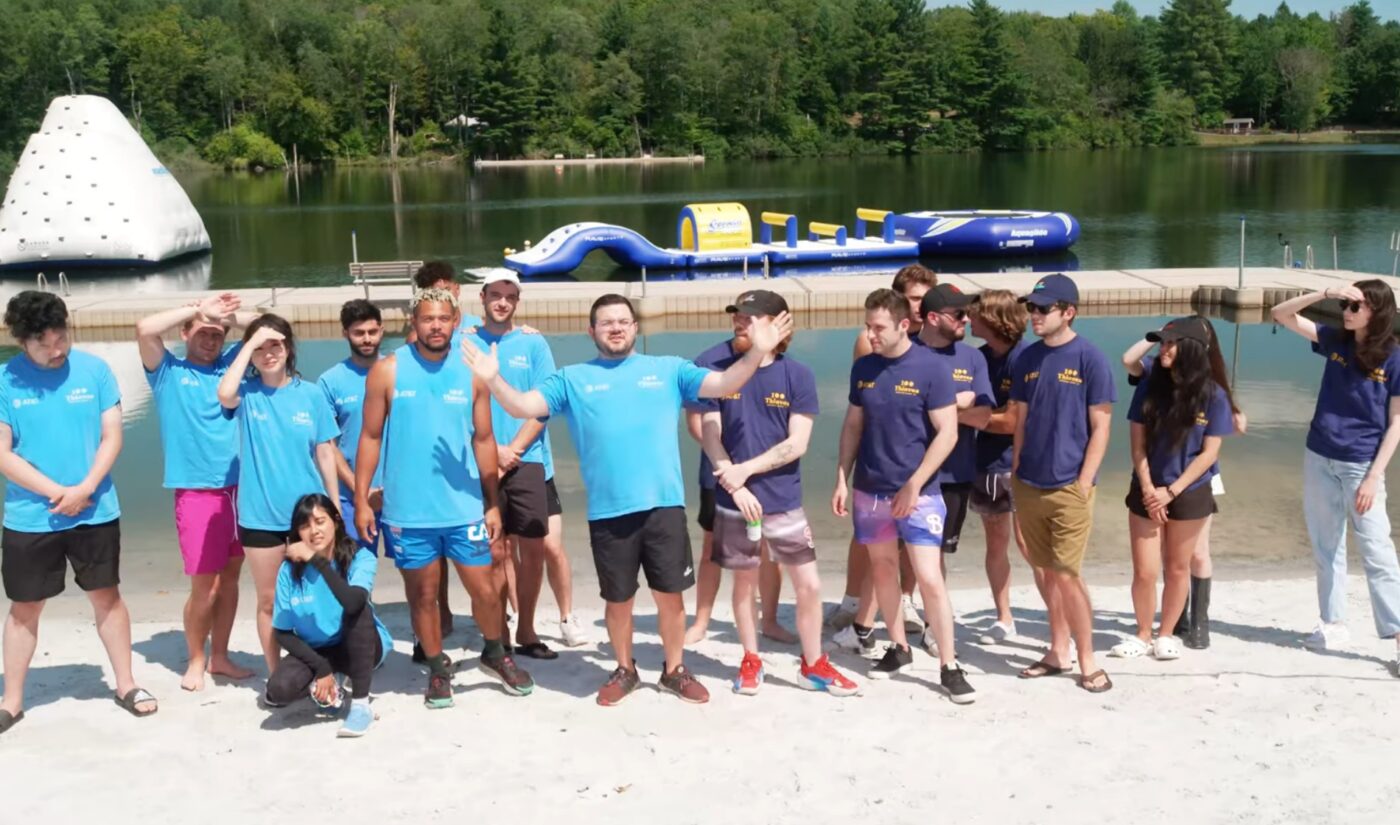 Streamers who spend too much time online are often told that they should go outside and “touch grass.” Across a recent series of videos, several prominent 100 Thieves partners took that advice literally. 20 members of the esports and entertainment organization — including co-owners Jack ‘CouRage’ Dunlop and Rachell ‘Valkyrae’ Hofstetter — bid farewell to the second-annual Creator Camp by playing a massive game of ‘2 Truths 1 Lie.’

Creator Camp, first organized last year, invites 100 Thieves creators to a lakeside setting, where they can partake in classic summertime games and activities. The 2022 edition of the get-together has a new sponsor in AT&T, but its premise is mostly the same. If you’ve ever wanted to see extremely competitive gamers play incredibly low-stakes games, Creator Camp is the series for you.

The finale of the 2022 Camp presents the 100 Thieves crew with a classic campfire format. By playing ‘2 Truths 1 Lie,’ these creators revealed some fascinating facts about themselves. I’m still thinking about NoahJ‘s aversion to horses, the unusual literary interests of Will Neff‘s father, and Fuslie‘s (alleged) Rubix Cube skills.

Speaking of Fuslie (whose real name is Leslie Fu), let’s catch up on her recent arrival at YouTube Gaming. When the one-time Among Us star announced that she would move away from Twitch, streamer Ludwig Ahgren suggested that she might have wanted to move over to YouTube because all her friends were active there. Fu’s roommates include Valkyrae, Sykkuno, and LilyPichu, all of whom have signed exclusive contracts with YouTube.

In a recent YouTube video, Fu confirmed Ahgren’s suspicions. She said that once her friends departed Twitch, she was so eager to join them that she nearly moved over to YouTube without signing a lucrative contract. Since she lived with people who had made the switch, she was able to recognize YouTube’s commitment to the development of its top-tier streamers. “I think Rae was such an important pickup for YouTube,” Fu said in the video, “because she showed you could grow over there. It’s not a retirement home.”

So while this year’s Creator Camp has wrapped up, 100 Thieves-signed influencers will continue to make videos with one another. That will help the organization put the recent beef between its CEO and one of its ex-partners behind it.