With the new game Nyan Heroes, Wengie has a chance “to be the good in Web3” 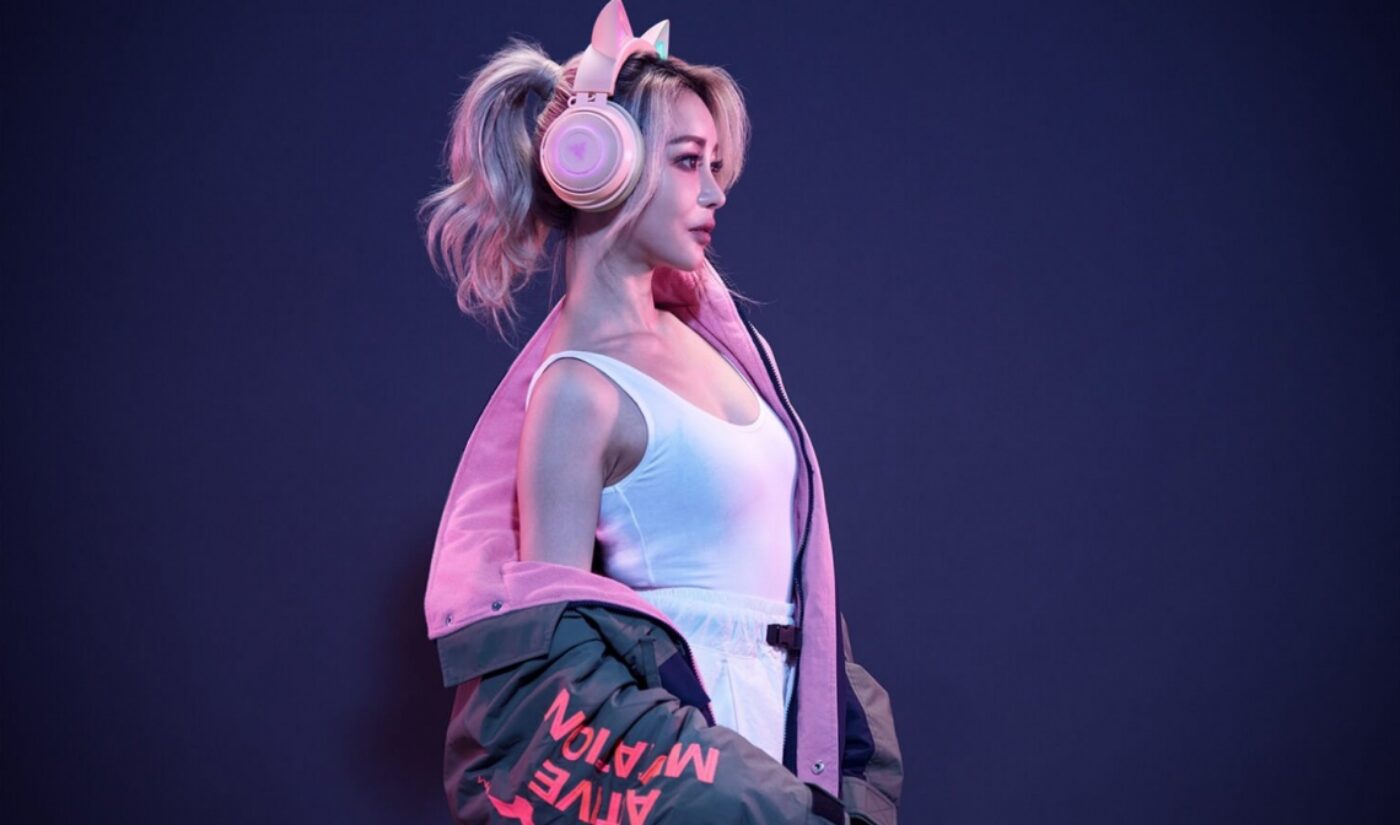 Wendy Huang is on a mission. The content creator, who has accumulated 13.7 million subscribers and more than 1.8 billion views on her Wengie YouTube channel, wants to educate the internet masses about Web3. Along the way, she’s hoping to save a billion cats.

Huang is the co-founder and CMO of Nyan Heroes, an upcoming battle royale title built on the blockchain. The game is a showcase: It is being designed to inform its players about crypto, while also teaching them how Web3 technology can be used to radically alter the financial model used by the AAA gaming industry.

Oh, and there will be cats in mecha suits. So move over, dogs on skateboards, because there’s a new pet/vehicle combination in town.

Let’s start at the adpocalypse

The origin story of Nyan Heroes begins long before YouTube ‘s 2017 decision to stringently enforce its brand safety policies, but that shift marked a turning point for Huang’s career. As the adpocalypse raged, the Australian-Chinese creator found herself in a “gray area.” She made videos for kids, but not toddlers, and as she told Tubefilter, “the category I was in was kind of being ignored.”

The COVID-19 pandemic only made things worse. Huang lived in Singapore at the time and had to deal with the city-state’s strict regulations. Content creation “got pretty challenging as a business,” and Huang began the feel the flames of burnout.

So like many of her YouTube contemporaries, she pivoted to the business world. Huang told Tubefilter that she “always wanted to be a startup founder” and was involved in startups before founding the Wengie channel in 2013. She decided to found a company of her own, and that venture now takes up much of her time. She explained that content creation is currently about 30% of her focus, with the rest of her energy going toward Nyan Heroes, other commercial initiatives, and her music career. (She records songs under the name WRAYA.)

Huang’s business combines two of her great passions: Gaming and crypto. She has been a gamer since she was five, and with Nyan Heroes, she hopes to “increase the quality of the titles we see on the blockchain.” To accomplish that goal, she and co-founder Max Fu have hired a 50-person team that includes veterans of Ubisoft, Bioware, and Sony’s PlayStation team.

Make no mistake: Nyan Heroes will look just as polished as any other battle royale title on the market. “We’re making a AAA-quality game,” Huang told Tubefilter.

Then there’s the Web3 side of the equation. Huang has been trading crypto since 2017 and has been down one or two “NFT holes” since then. As an Australian creator, she appreciates the security of the blockchain. Previously, her long-distance financial payments often drew scrutiny from banks.

The first Nyan Heroes NFTs arrived on the Solana blockchain in October 2021. Sales of those tokens raised millions for Nyan Heroes‘ development, and the game is also supported by venture capitalists. After snagging a $2.5 million seed round last year, Huang and co. raised another $7.5 million back in May. That latest round valued the company at $100 million — and its flagship game hasn’t even come out yet. Nyan Heroes is set to debut during Q1 2023, arriving first on PCs before eventually expanding to mobile devices and consoles.

Nyan Heroes happens. In the game, each player will control a cat in a mech suit. Like in other battle royale titles, such as Apex Legends, the characters will be split into classes, each of which will have its own abilities. Beyond that, a set of three passive skills will be assigned to each cat. In the spirit of NFTs, skillsets will be randomized and unique. Huang believes there are “infinite possibilities” in this character creation process.

But that’s not the most interesting twist the blockchain is bringing to Nyan Heroes. Huang told Tubefilter that “Web3 for gaming is like YouTube for media,” in that it has the potential to completely redefine financial models that existed for decades before it. She presented a Roblox-obsessed kid as an example: If that kid’s parent spends $5,000 on in-game items, but the kid decides to play Minecraft instead, now the family is down five grand. 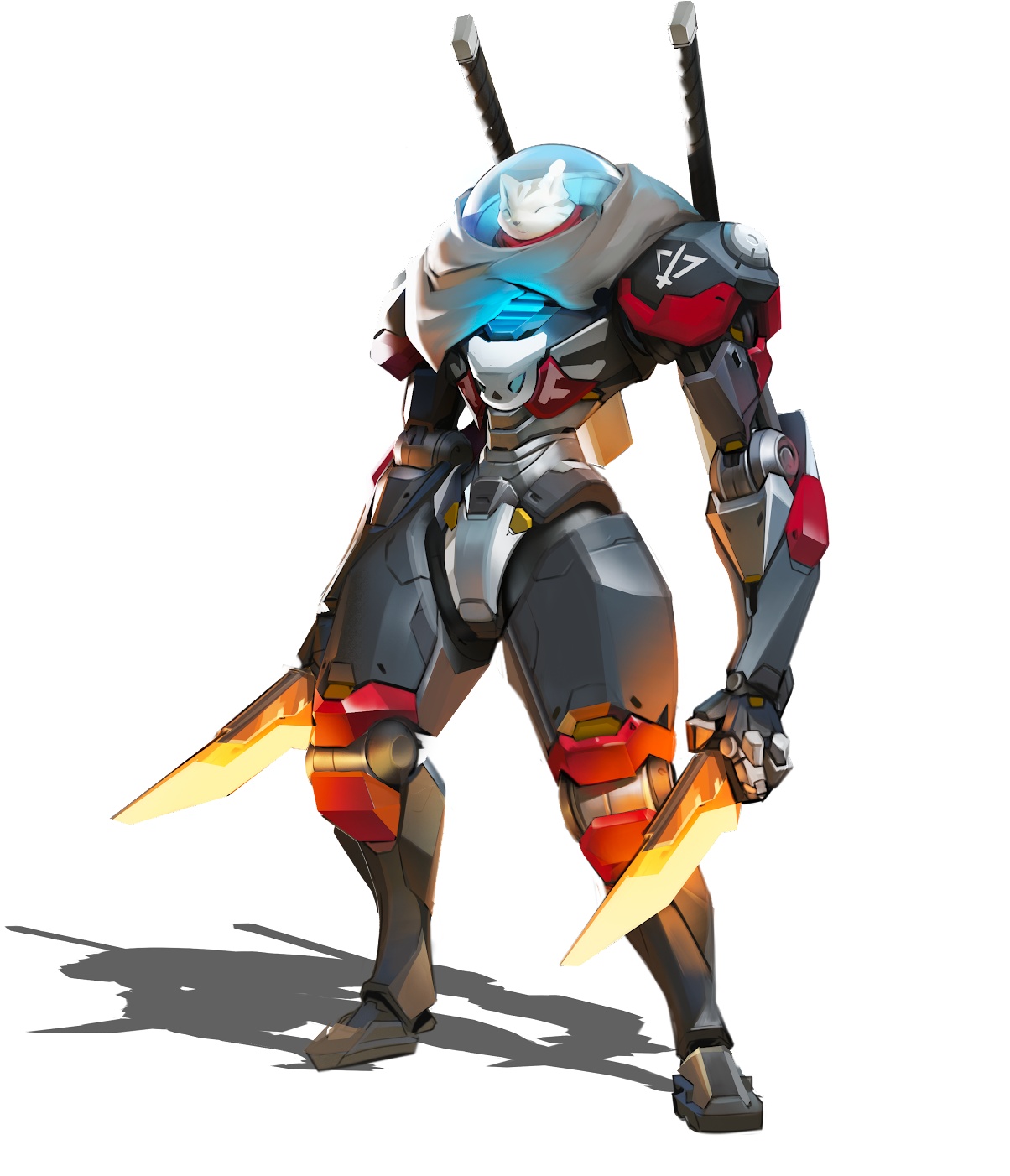 In Nyan Heroes, players will actually own the characters they play with. If they lose interest in the game, they can recoup losses by selling the assets associated with the game. And thanks to “smart contract technology,” inactive users will be able to hire other players to control their mechs and loot on their behalf. “I think Web3 is about sharing all that money around from everyone that contributes to the game,” Huang told Tubefilter.

That sort of philosophy is a far cry from the predatory pricing practices employed by some AAA developers. Huang suggested that these big corporations encourage the gaming community’s anti-crypto streak in order to prevent disruption. As long as those players refuse to buy into the blockchain, the EAs of the world can still rely on the business models of yesteryear.

At this point, if you only subscribe to Wengie on YouTube, you might be confused. Though Nyan Heroes has been in development for about a year, its co-founder hasn’t made a video about it for her 13.7 million subscribers. That’s because she “doesn’t feel it’s ethical” to profit off her YouTube viewers.

In a world where influencers routinely manipulate their captive audiences to perpetrate pump-and-dump schemes on the blockchain, Huang is trying “to be the good in Web3” — so she keeps her Nyan Heroes updates confined to platforms like Twitter instead. “I’m fairly well educated, I’m fairly careful, but I still got a lot of money stolen by trusting the wrong people and clicking the wrong links,” she told Tubefilter.

Ultimately, Huang wants Nyan Heroes to be more than just a game. She envisions it as an educational platform that will teach players how to avoid those scams while also demonstrating the potential benefits of the its foundational technology. “We want our project to be that project that makes people believe in Web3,” she told Tubefilter. She plans to accomplish that goal by “gamifying” the crypto world.

She understands that many gamers won’t be easily convinced. “We can’t really escape volatility,” she admitted. “It’s unreasonable to expect crypto to be stable when nothing else is.” Therefore, Nyan Heroes will be “Web2 friendly.” To help ease the transition for first-time NFT buyers, it will be possible to use fiat currencies to purchase in-game items.

The hope is that these easy-to-use features will let crypto newbies understand what Huang and her team already see. She made note of the many talented executives who have recently transitioned to blockchain development. One of them, Twitch co-founder Kevin Lin, is a Nyan Heroes investor. Huang also backed Lin’s web3 company Metatheory.

To the 36-year-old Nyan Heroes co-founder, this migration is driven by pure belief. “We’re trying to convince people that it is going to be a great space,” Huang told Tubefilter. “I feel like [people critical of Web3] are not seeing what the benefits can be.”

Or, more succinctly: “We all kind of believe it’s the way.”

All they have to do now is instill their conviction among a skeptical audience. For every bad thing you’ve heard about crypto, Nyan Heroes will have a rebuttal. Afraid of predatory scams? The game’s financial model will actually be more flexible than what you’re used to. Worried about crypto winter? Just buy in with fiat. Concerned about the blockchain’s environmental impact? Read up on Solana’s carbon-neutral design.

And if you’re worried that you won’t do any good in the world by playing battle royale games all day, think again. Through its NFT sales, Nyan Heroes will support the Best Friends Animal Society, an animal welfare organization. That’s why Huang says that one of her missions is to “save a billion cats.”

For someone who often wears cat-ear headphones, that’s a huge deal. And no matter what happens with Nyan Heroes, the game’s creators can say that they protected their feline friends. As Huang put it, “it’s all about saving the cats, you know?”