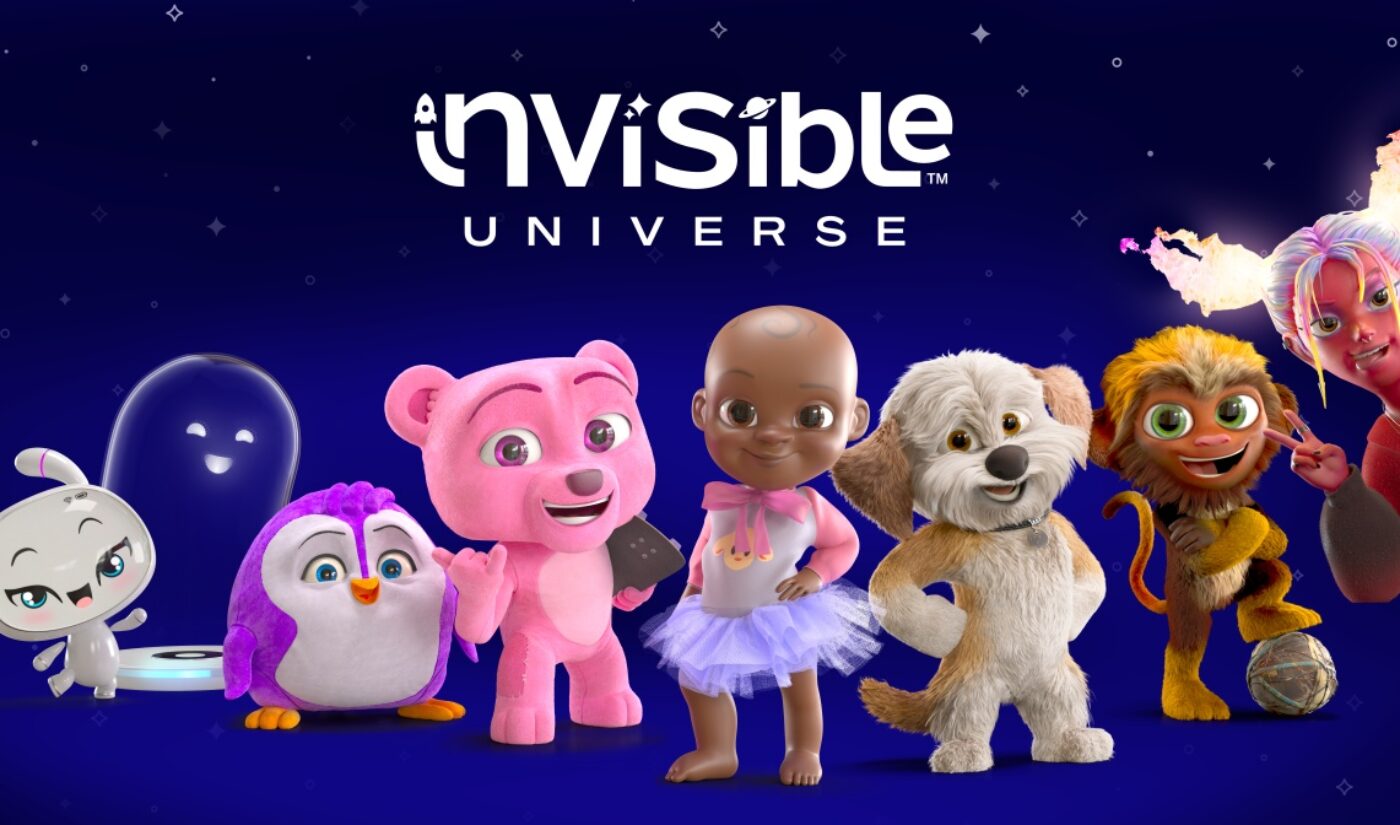 An “internet-first animation studio” has raised $12 million of fresh funding, and both halves of a tech industry power couple are on the cap table. Invisible Universe, which has worked alongside high-profile partners to launch cartoonish franchises, has tapped Alexis Ohanian‘s Seven Seven Six to lead its Series A. Serena Williams and Jennifer Aniston both back the studio as well.

Invisible Universe will use its new influx of capital to develop new IP while also expanding its existing characters into multimedia franchises. The year-old company has big ambitions. According to a press release, Invisible Universe is on a “mission to build the Pixar of the internet.”

To be like Pixar, you’ve got to have talking toys, and that happens to be Invisible Universe’s forte. Two of the studio’s biggest projects to date have both involved animated playthings. Qai Qai, a doll beloved by Ohanian and Williams’ daughter, came to life on YouTube. Williams has furthered the character’s career by authoring The Adventures on Qai Qai. The upcoming children’s book will be the first one penned by the retiring tennis star.

Invisible Universe has also teamed up with the D’Amelios, the TikTok-famous family led by daughters Charli and Dixie. The studio thought up two anthropomorphic toys to add to the D’Amelio family, and Squeaky & Roy are now digital celebs in their own right. Their TikTok account has more than one million followers.

More colorful characters will soon be added to the animation studio’s universe. “We’re seeing the power of can’t-live-without-it-IP and how it’s driving the growth and retention of audiences regardless of the platform and igniting potential for franchise expansions,” said Katelin Holloway, Founding Partner of Seven Seven Six, in a statement. “I saw the Pixar magic up close, and this company is building the same kind of unforgettable IP with an innovative approach that reduces both time and capital while embracing audience feedback.”

Another component of Invisible Universe’s growth is its approach to Web3, and when Alexis Ohanian is one of your backers, the metaverse is never that far away. Invisible Universe’s first NFT line featured Qai Qai, and the company has another collection in the works. The R3al Metaverse will let community members determine the direction of a reality TV parody.