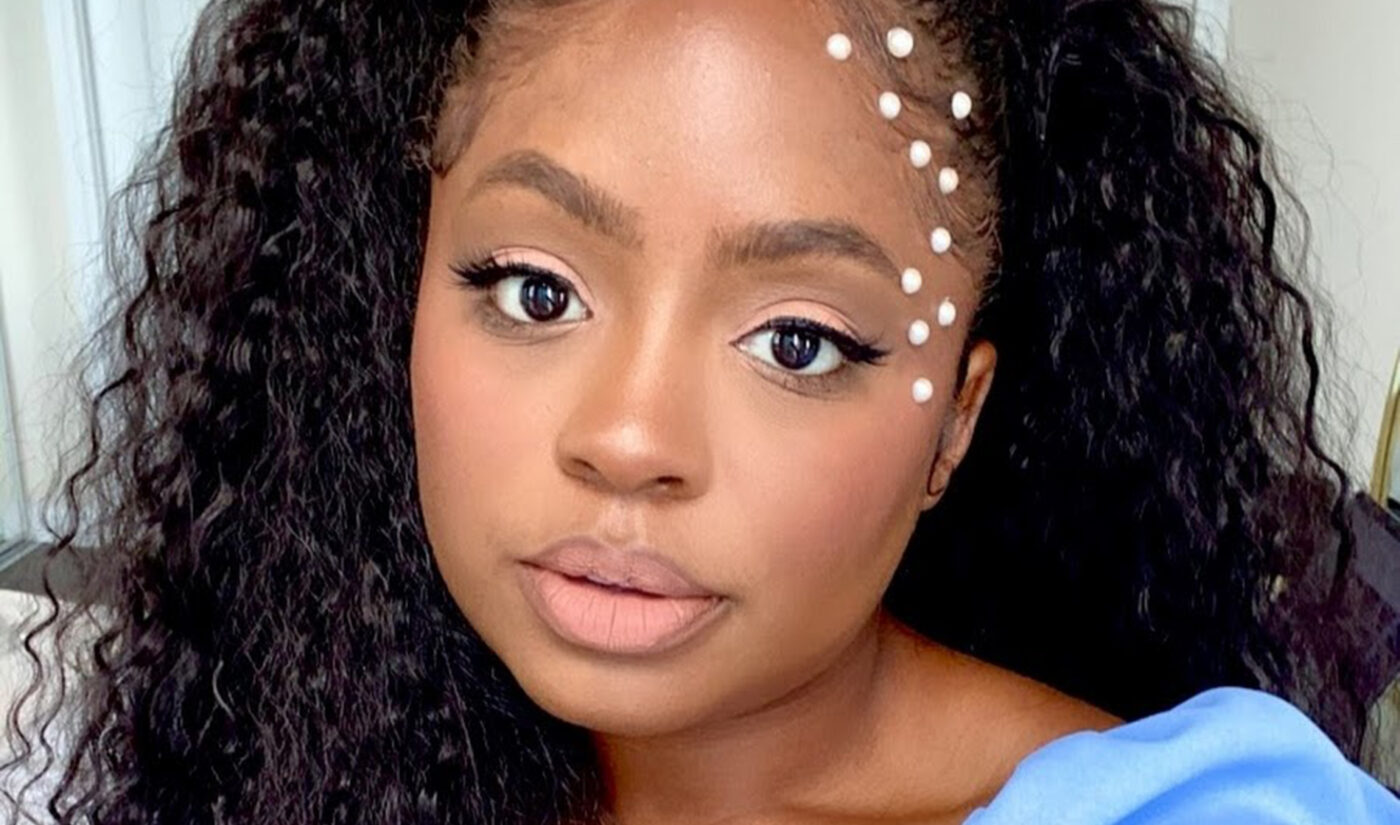 And, over on YouTube, more than 2 million subscribers (yeah, we know, we’re a little late on the “millionaire” part here) get her unfiltered reactions to everything from new products to trending hacks and up-and-coming beauty routines.

In the past year, MissDarcei–who’s 30 years old and based in Toronto–has gained more than a million subscribers thanks in part to YouTube Shorts, which she says allows her to make more quick-hit videos that focus on just one lipstick or palette or look (or, sometimes, very relatable thought processes). Those who’ve found her through Shorts, though, might not realize she’s been on YouTube for more than a decade. She launched her channel in 2010, unaware that monetization was even a thing. Ten years later, in 2020, she started making enough revenue to quit her job and become a full-time creator.

These days, she’s not just working on videos: she’s also got her own products in the pipeline.

Tubefilter: How did it feel to hit one million subscribers? Do you have anything to say to your viewers?

MissDarcei: It was a bit surreal to hit one million subscribers, because at one point it seemed unimaginable. But I am so grateful to all of my viewers who support me and enjoy my content. I have the best community.

Tubefilter: For those who don’t know you, give us a little intro. Where are you from? What did you get up to before launching a YouTube channel?

MissDarcei: My name is Darcei and I was born and raised in Toronto, Canada. I grew up as an only child in a single-parent household. After high school, I graduated from York University. Before YouTube, I worked part-time jobs. My first job was at a movie theatre, but I’ve also worked at Sephora and Starbucks.

Tubefilter: You’re a YouTube veteran. Your channel is 11 years old, which makes you one of the longest-creating…er…creators we’ve spoken to. What made you launch a YouTube channel originally? What sorts of things did you want to share with your audience?

MissDarcei: I started my channel simply as a fun hobby. I saw other people making videos about makeup, hair, and fashion, and thought to myself, “Well, that looks fun. I can do that.” I just wanted to share my drugstore makeup hauls and my back-to-school hairstyles. Back then, YouTube wasn’t a career. I had no idea I could make money doing it.

Tubefilter: Your YouTube Shorts are bringing in lots of views. What draws you to make short-form content? Do you like it better than long-form content? What role has Shorts played in the growth of your channel?

MissDarcei: Making YouTube Shorts has really grown my platform in the last year. Short-form content is fun to make because I can talk about more things in a shorter span of time. It’s difficult to make a long-form video on just one makeup product, so if I want to talk about a single lipstick, then I will make a Short about it. But if it’s an entire makeup collection, long-form is obviously better. I love making both types of content, but short-form has really been enjoyable for me lately.

Tubefilter: Walk us through the creation of a video from start to finish. Do you sit down and plan out products/ideas/etc to try, or are things a bit spur of the moment? How long do videos take to film and edit?

MissDarcei: I usually have a list of topics that I want to make videos about. For long-form content, I will sit down and write an intro about the topic I want to discuss, but then the rest is totally off the cuff. A lot of people think I’m a comedian, but I’m just saying whatever comes to my brain while I’m talking about products or doing a makeup look. The only thing planned is the topic.

Filming takes about two hours. Once I’ve finished filming, it takes me about six hours to edit. So I can make a video in one day, but usually I space it out so I don’t feel burnt out.

Tubefilter: Are you a full-time creator?

MissDarcei: Yes, I have been a full-time creator since 2020.

Tubefilter: Was there a distinct moment when you knew YouTube could be a full-time job?

MissDarcei: I told myself that I would go full-time when I made the average Canadian salary on YouTube alone. So as soon as I was making enough money, I quit my part-time job.

Tubefilter: A bit of a similar question, but was there one specific video that took off and really helped your channel grow?

MissDarcei: Monday through Friday I wake up, eat breakfast, and then get to work. Lately I have been making daily short-form content, so that is what I am working on. I usually work from 8 a.m. to 3 p.m., and I no longer work weekends to prevent burnout.

Tubefilter: What else are you up to outside of making YouTube videos? Are there any cool projects you can share?

MissDarcei: I’m not sure if I can share details, but I am working on a beauty product with a brand that is coming out this fall!

Tubefilter: How have things changed for you personally and professionally since your YouTube channel started taking off?

MissDarcei: Personally, I’ve met so many other amazing creators since my channel took off, and a few have become very close friends. Professionally, I’ve gotten opportunities that I’ve always dreamed of, so I am extremely grateful.

Tubefilter: Do you have any plans or goals for the rest of this year?

MissDarcei: My goal is to continue to reach as many people as possible with my content and create things I can be proud of. That’s enough for me!