Is the TikTok-style feed the future of online dating? 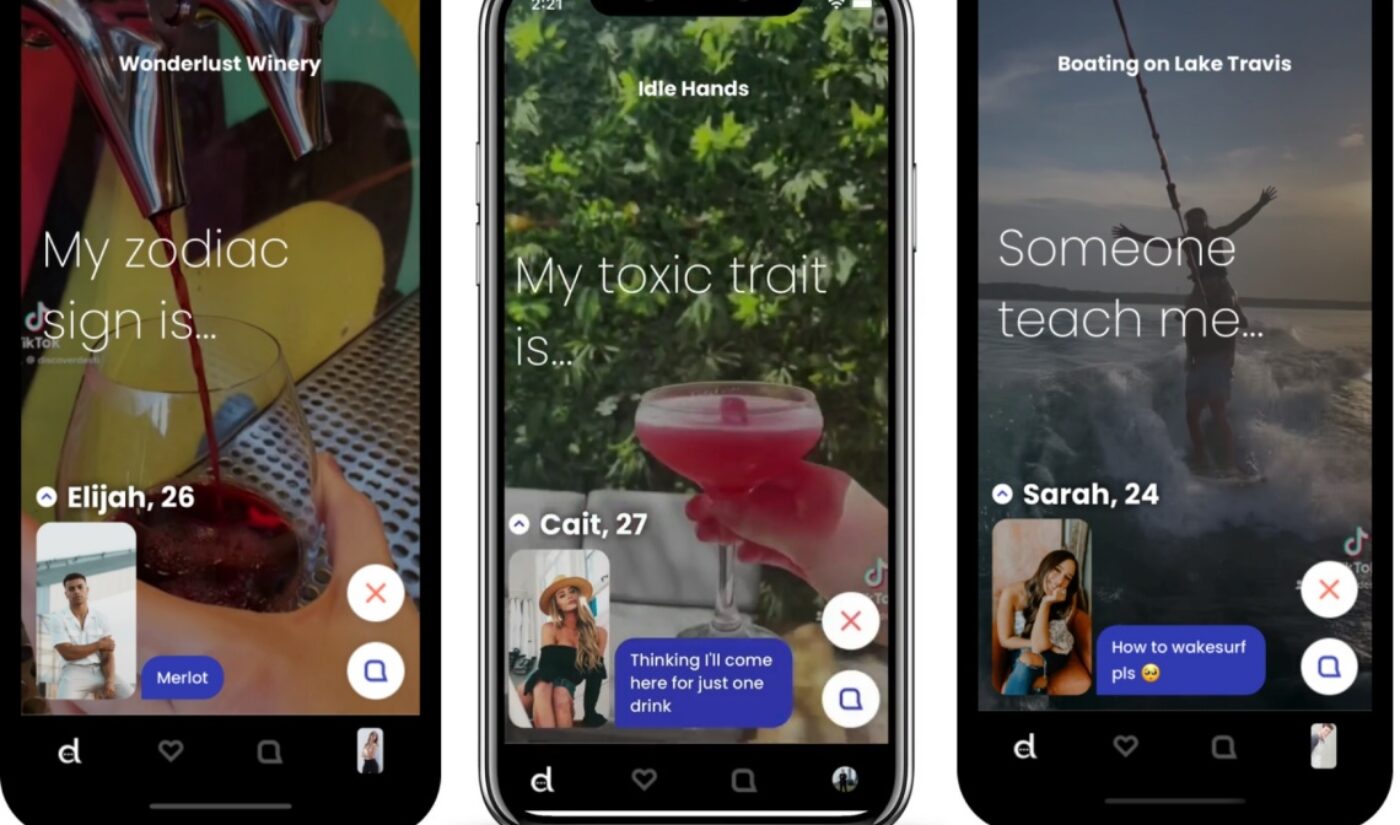 Thanks to Tinder, swiping has become the most common form of matchmaking on dating apps. Another platform defined by its fast-paced swiping is TikTok; the short-form video leader commands its users’ attention by encouraging them to churn through algorithmic recommendations. This comparison raises an obvious question: Is “TikTok for dating” a viable business model?

Desti is trying to prove the answer to that question is “yes.” The new app, currently limited to users in Austin, Texas, combines short-form video with romantic connections. According to TechCrunch, Desti had a hot start out of the gate, snagging 2,000 downloads during its first day of operation (July 29).

Instead of prioritizing user-to-user threads, Desti groups its interactions around specific locations in the Austin area. Users can respond to prompts related to their preferred meetup locations, and if they’re unsure where they’d like to go on a date, they can tour Desti’s hot spots thanks to the app’s emphasis on short-form video. Desti pulls videos from the app’s official TikTok account in order to add a dynamic video element to its business model.

@discoverdesti Did someone say free drinks? Oh wait, we did. 😏DM us to get on the list! (It’s almost full…😱) #atx #desti #austin #fyp #launch ♬ Can’t Take My Eyes off You – Frankie Valli

Desti is backed by a $1 million seed round, which it raised in July. “When developing Desti, our goal was to create a distinctive user experience that offered at least 10 times more efficiency than competitors,” said Nick Dominguez, COO and Lead Designer/Developer of Desti, in a statement. “We decided to bet on short-form video being the future and provide people a way to communicate with far less friction.”

The dating industry has always paid close attention to the prevailing trends in the online video world. When YouTube was king, Tinder started developing its own video capabilities. In the era of TikTok, startups like Snack and Feels have combined swiping with video profiles. Ironically, a dating app with a close connection to TikTok eschews the platform’s primary model. Alex Hofmann, the former President of TikTok predecessor Musical.ly, leads Summer (formerly known as Spark), which takes the swiping out of online dating.

It makes sense for dating apps to take cues from online video, since some online video pioneers began as dating apps. YouTube famously started out that way, and one wonders whether major video platforms will ever attempt to re-enter the dating app. If this wave of startups is to be believed, TikTok could find success by helping its users find love.