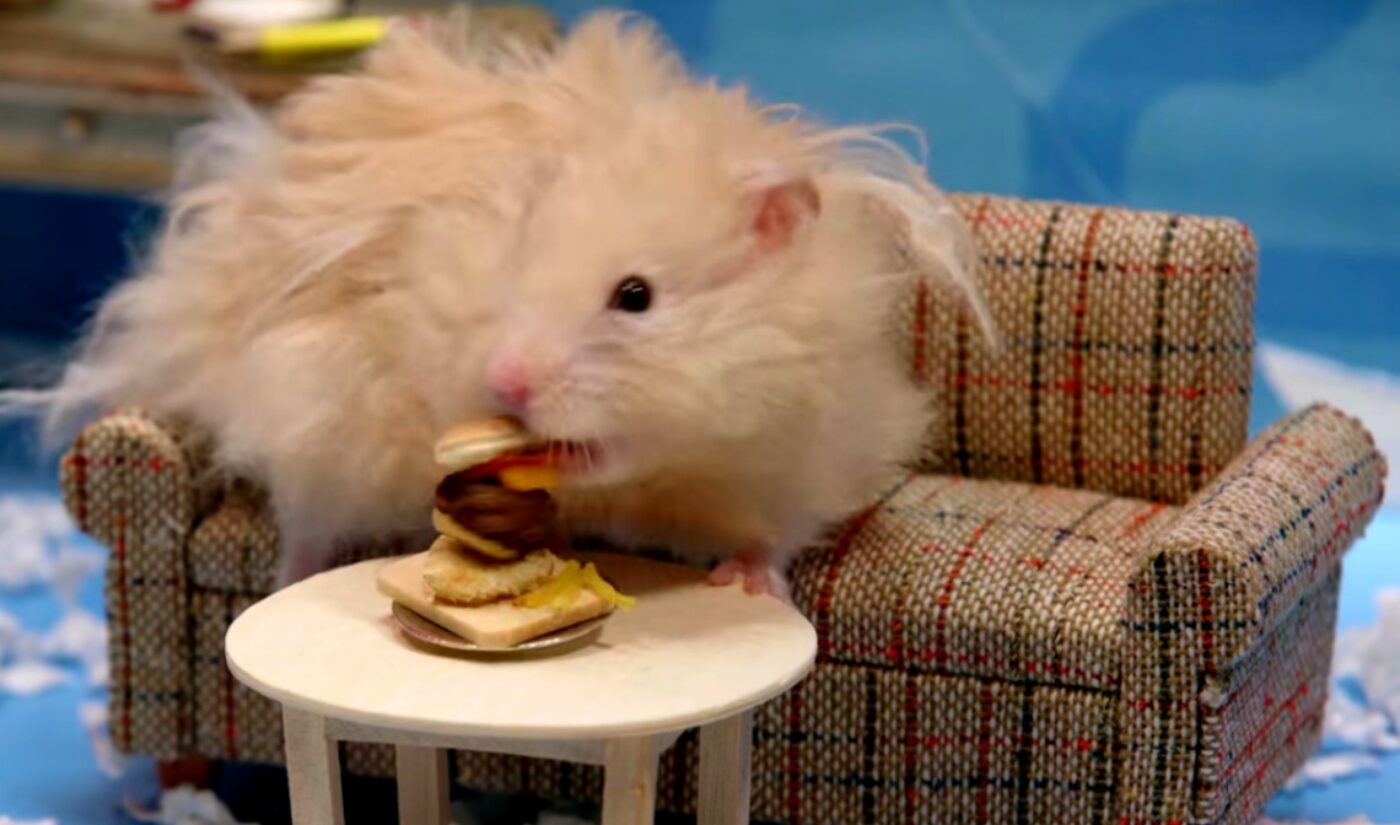 The latest YouTube Original series is also the most adorable cooking competition I’ve ever seen. BuzzFeed‘s Tasty channel has released the first episode of The Big Tiny Food Face-Off, in which tiny chefs prepare tiny dishes to serve to tiny eaters (i.e. hamsters).

When I say the chefs in The Big Tiny Food Face-Off are themselves tiny, I’m referring to their relative youth: All of the competitors who will grace this season of the show are between the ages of 11 and 15. In each episode, three of those juvenile chefs engage in a culinary battle in hopes of impressing the hosts with their miniature courses. BuzzFeed producer Inga Lam co-hosts the Face-Off alongside a man who is known for his ability to chow down: Competitive eater Matt Stonie. Here, the YouTube star is tasting dishes that are much snackier than the fare he’s famous for consuming.

The trailer for the Face-Off arrived four days before the premiere episode dropped on Tasty. In a deliberate nod to the origins of YouTube’s tiny food fad, the first round of the Face-Off concludes with a horde of hamsters going to town on the contestants’ offerings.

The Big Tiny Food Face-Off is part of YouTube’s Kids & Family Originals slate. The show is produced by B17 Entertainment, which has worked on a wide range of projects across traditional and digital platforms. Another one of its recent creator-led shows is Jojo Goes, which explores the identity of former kidfluencer Jojo Siwa.

New episodes of the Face-Off will arrive on Fridays. The first season will include six installments in total. After seeing the first two challenges, I’m ready to give up my current life and live out my years as a hamster who eats gourmet food on demand.